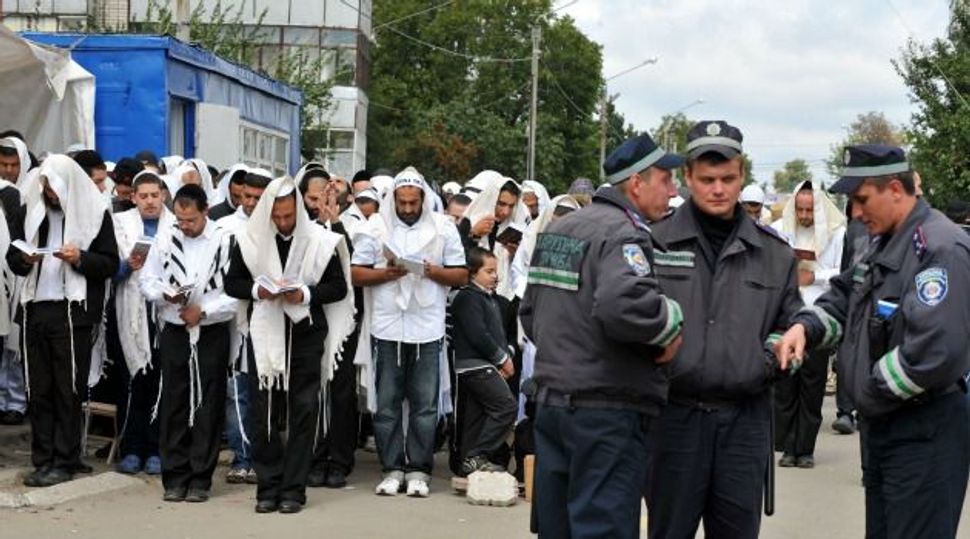 ODESSA, Ukraine — Investigators in Lviv are looking into claims that two policemen assaulted and urinated on a Jewish man as part of an anti-Semitic attack, Ukrainian media reported.

The alleged victim, Dmitry Flekman, 28, told the Ukrainian newspaper Segondiya that two men, who identified themselves as police but did not give their names, assaulted him in the western Ukrainian city on Oct. 1 inside a police station and tried to extort money from him.

The head of Lviv’s city police department, Sergey Zyubanenko, confirmed to the daily that Flekman was detained but rejected allegations that he was beaten.

“I doubt that he would be able to walk out of the station on his own if he were been beaten as he claims he had been,” Zyubanenko was quoted as saying in the Segondiya article published Tuesday.

But the head of the city’s investigative unit, Alexander Rudjak, told the daily that he had appointed a team to look into the claims.

Flekman, a businessman, said the torture intensified after the investigators heard he was Jewish.

“When he heard that he peed right at me, saying ‘Hitler did not like Jews, and neither do I,’” Flekman is quoted as telling the daily, which also posted a video of his testimony online.

Flekman said he was released at night and taken to the hospital with a fractured tailbone because of the beating.

On Monday, he published an account of his detainment on the Jewish Ukrainian website evreiskiy.kiev.ua, in which he wrote that he had no criminal record. He posted his Oct. 1 release form from the hospital.

Flekman also claimed the two policemen demanded he give them $10,000, adding that they later took away his credit card and demanded he provide the code. Unless he complied, Flekman added, the policemen said they would search his apartment for cocaine.

The report came as hundreds of Jews from across Ukraine and the former Soviet Union convened in Odessa for the city’s third Limmud Jewish learning conference.

“There are positive developments in some parts of Ukraine, like in Odessa, where Jews feel safe to convene an event like Limmud, but we’ve also heard of disturbing reports of anti-Semitic incidents in Rovno and other locations where the authorities are addressing this problem,” Ofer Glanz, director for the former Soviet Union region for the American Jewish Joint Distribution Committee, told JTA.