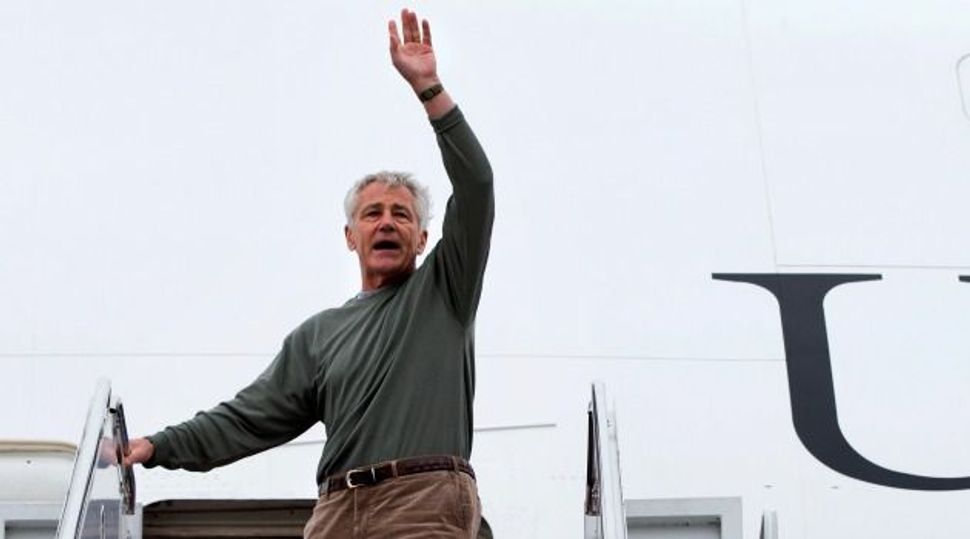 Israeli Defense Minister Moshe Yaalon and U.S. Defense Secretary Chuck Hagel met at the Pentagon for the third time in the past six months.

Hagel told Yaalon during Tuesday’s meeting that while U.S. officials intend to test the prospect for a diplomatic solution with Iran, “we remain clear eyed about the challenges ahead and will not waver from our firm policy to prevent Iran from obtaining nuclear weapons,” Hagel said according to the Defense Department.

Yaalon warned that the easing of sanctions against Iran as has been suggested by several Western countries would lead to a collapse of their effectiveness. He also said that it was the credible military threat and existential dilemma facing Syrian President Bashar Assad that caused him to agree to give up chemical weapons, according to Haaretz.

Hagel applauded the announcement by the Organization for the Prohibition of Chemical Weapons that the destruction of chemical weapons in Syria has started. “While much works remains to be done, this recent progress is a step in the right direction to eliminating this threat,” he said.

The leaders also discussed progress on the United States effort to increase Israel’s qualitative military edge with advanced capabilities that Hagel announced on his visit to Israel earlier this year.

Hagel and Yaalon said they were pleased with the unprecedented levels of security cooperation between the United States and Israel and pledged to remain in close touch, according to the Defense Department.