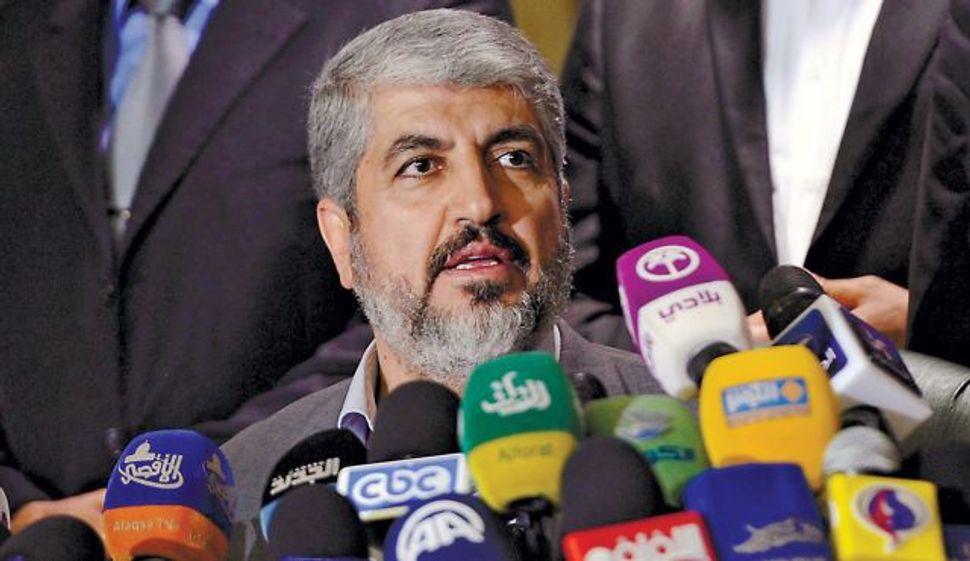 No More Talks: Khaled Meshal, head of the political wing of Hamas, spoke from Ankara, Turkey, this week, calling for an end to peace talks. Image by Getty Images

The head of the political wing of Hamas, Khaled Meshal, implicitly called on the Palestinian Authority Wednesday to cease peace negotiations with Israel immediately, claiming that continuing the talks would endanger the status of Jerusalem. Meshal, who is living in Qatar with other Hamas leaders, was in Ankara this week, where spoke by video to a rally in Beirut. Meshal said only armed struggle against Israel could achieve the right of return and protect Jerusalem.

Meshal called for reconciliation among all Palestinian factions, saying events in the Arab world were pushing some Arab countries and leaders to agree to concessions that endangered the status and future of Jerusalem. Without mentioning the Palestinian Authority by name, he clearly attacked the PA and its president, Mahmoud Abbas, for renewing talks with Israel, which he said constituted a danger to Jerusalem’s future status.

Meshal said plans were afoot that would lead to the destruction of the Al Aqsa Mosque because extremists in Israel had become influential in the country’s decision-making process.

Without mentioning Egypt or Syria by name, Meshal said every people has a right to fight for its freedom, but that conflicts within the Arab world should steer clear of bloodshed, ethnic strife and outside influence.