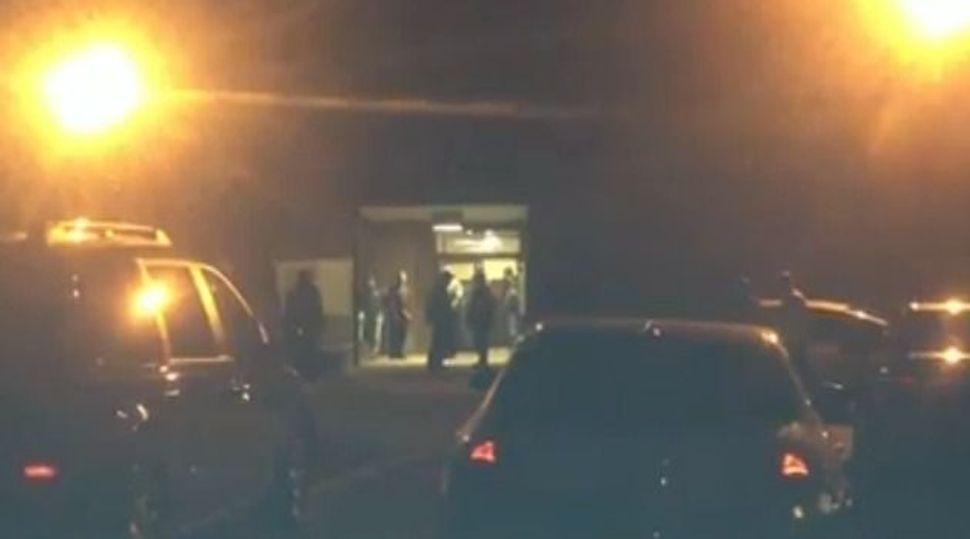 The men were arrested Wednesday night in a monthlong sting operation in which a female FBI agent posed as an Orthodox woman trying to get a religious divorce, or “get,” from her husband.

Rabbis Mendel Epstein and Martin Wolmark, along with the two alleged accomplices, were due to appear Thursday in U.S. District Court in Trenton, N.J. Six others could be charged, according to reports.

The arrests were accompanied by a series of searches executed by the FBI, including one at Yeshiva Shaarei Torah in Monsey, in New York’s Rockland County. Others were in Lakewood, N.J., Brooklyn and elsewhere. In the yeshiva raid, the students, of high school age, were forced to remain outside for the bulk of the law enforcement operation, the Journal News reported.

According to the complaint unsealed Wednesday morning, the rabbis charged $10,000 to persuade the rabbis on the rabbinical court to approve the kidnapping, and another up to $60,000 to pay for others to handle the kidnapping and beating and other physical torture, The Star-Ledger newspaper reported.

Orthodox Jewish women cannot remarry without a writ of divorce granted by a rabbinical court.

Epstein is a divorce mediator in the Orthodox community, according to The Star-Ledger.