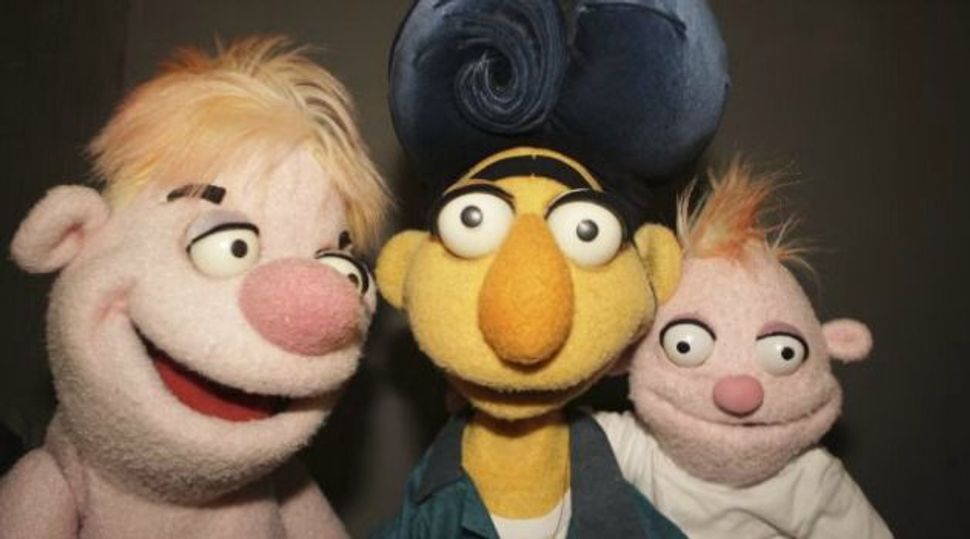 The goal was merely to promote clean energy in Israel — but television ads starring a pair of male puppets called “plug” and “socket” have instead unleashed a debate about gay pride.

The puppets, named Sheka and Teka in Hebrew, have appeared in ads for the state-owned Israel Electric Corp. for more than a decade. Israelis have long playfully questioned whether they might be gay. But the arrival of a baby puppet in the new campaign set off fresh speculation about their sexual orientation.

The ads highlight a striking paradox of the Holy Land: Although religion holds great sway and there is no civil marriage, gays have gained a widespread acceptance that is increasingly noted around the world. Gay activists demand the ad characters, who have a close but ambiguous relationship, officially come out of the closet.

Some gay rights advocates accuse the company of being intentionally ambiguous about their sexuality in a cynical publicity ploy.

Sheka and Teka have drawn comparisons with another famous puppet pair: Bert and Ernie, whose sexuality also has come into question in pop culture. The once-famed Teletubbies were also put under scrutiny about their supposed sexual orientation.