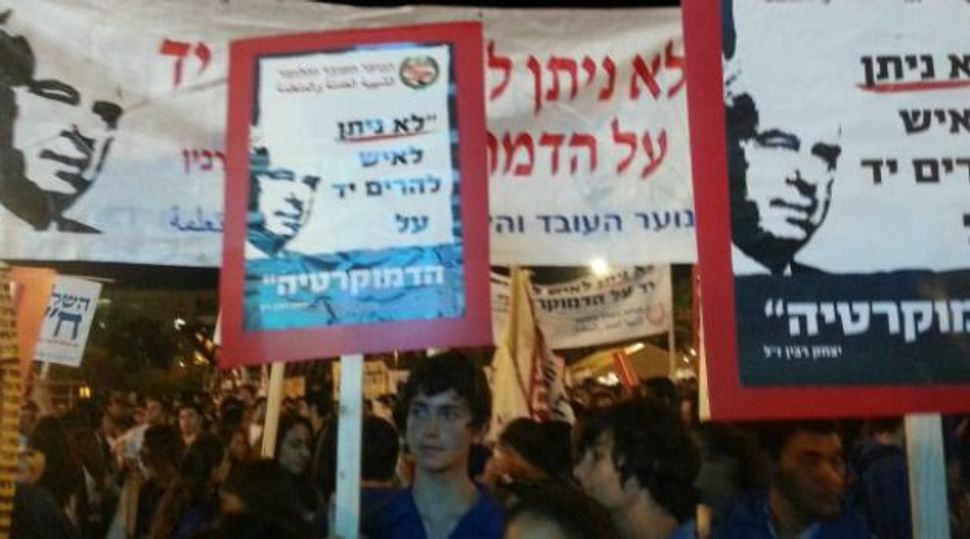 The rally, which was scheduled to commence at 8 P.M., took place at Tel Aviv’s Rabin Square, where the prime minister was assassinated on November 4, 1995 by right-wing extremist Yigal Amir. The site, formerly known as Malchei Yisrael Square, was renamed in memory of the late prime minister following his death.

Saturday’s rally was organized by a coalition of youth groups and social movements under the title “Remembering the murder, fighting for democracy.” The coalition was established ahead of last year’s rally to take on the organization of the yearly event.

The vast majority of attendees at this year’s rally were members of youth movements who were not born when Rabin was assassinated.