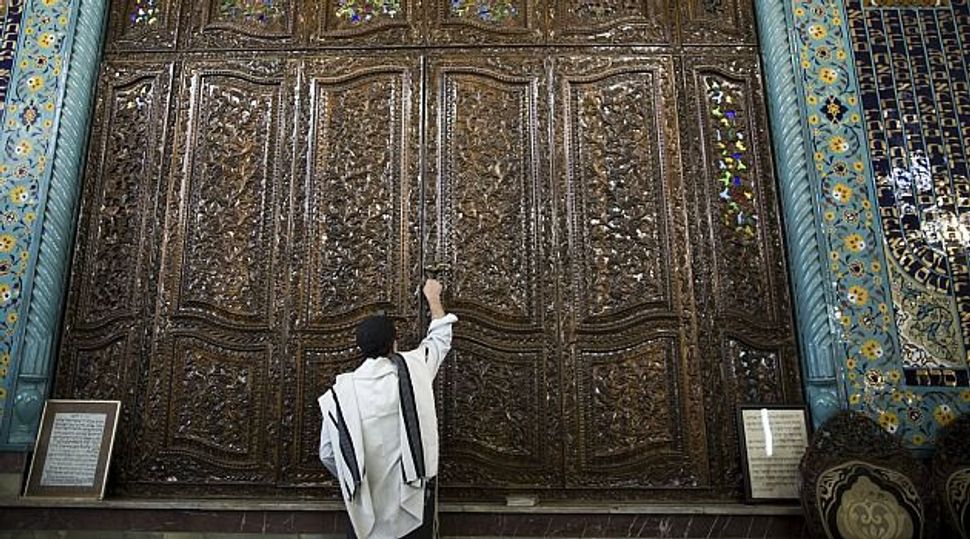 The leader of Tehran’s Jewish community has urged U.S. President Barack Obama to take advantage of the “unrepeatable” opportunity to repair relations with Iran, AFP reported on Monday.

“If the U.S. and the international community do not make the best of this golden and perhaps unrepeatable opportunity, then it will be in the benefit of those who are against the normalization of ties between Iran and the U.S.,” wrote Homayoun Sameyah, according to AFP, in an open letter addressed to Obama.

In the letter Sameyah also described in a positive light the condition of the Jewish community in Iran, AFP reported. “We, the Iranian Jews, as an Iranian religious minority, participated in the elections and elected our popular president freely.”

The Jewish community, he reportedly said in a rebuttal of Netanyahu’s remarks to the Iranian public, is free to “[wear] jeans and [listen] to music.”

In September, the Iranian Jewish community in the United States declined an official invitation to meet with Iranian President Hassan Rohani during his visit to New York.