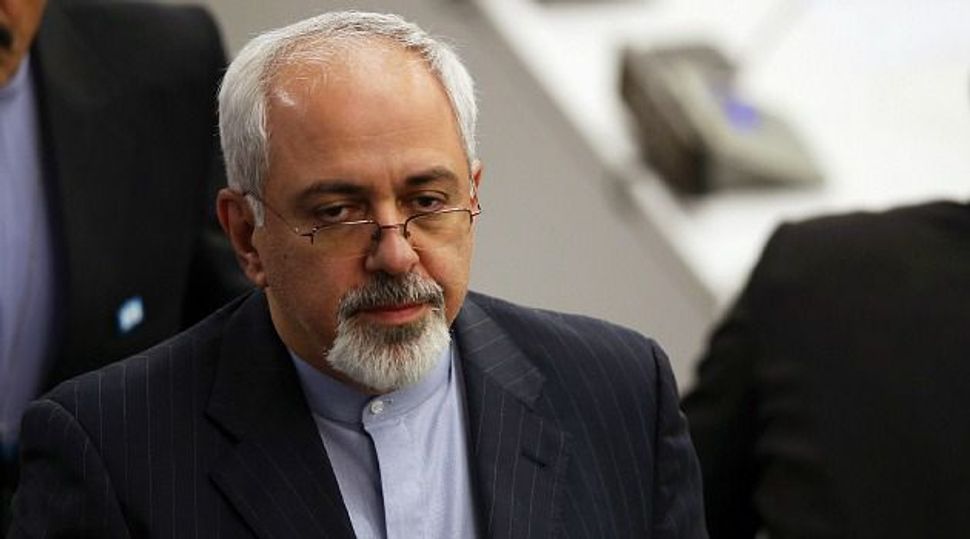 Iran said it presented “logical” proposals in talks with six world powers on Tuesday aimed at achieving a breakthrough in a decade-old standoff over its disputed nuclear programme that has heightened the risk of a new Middle East war.

Tehran launched negotiations in earnest with the United States, Russia, China, France, Britain and Germany, reflecting the election in June of a relative moderate, Hassan Rouhani, as new Iranian president, raising hopes for an end to the deadlock.

After years of ideological defiance, Iran appeared keen for a negotiated settlement to win relief from sanctions that have crippled its economy, slashed 60 percent of its daily oil export revenue and caused a steep devaluation of the rial currency.

Details of the Iranian proposal – unveiled as a PowerPoint presentation – were not immediately available. Western diplomats have cautioned in the past that Tehran appeared loath to offer sufficient nuclear concessions to secure a deal.

Iranian Deputy Foreign Minister Abbas Araqchi said, however, that the global powers had a “welcomed” Tehran’s proposals and the substantive details would be discussed later in the day at the deputy foreign minister level.

“We think that the proposal we have made has the capacity to make a breakthrough. We had a very serious and good meeting this morning,” he told reporters.

“The questions that were asked regarding Iran’s plan were completely serious and our answers were as well. Both sides felt that the opposite side was continuing the negotiations with motivation,” Araqchi said.

He added: “We are very serious .. We are not here to waste time. We are serious for a real target-oriented negotiation.”

The West suspects Iran is trying to develop the means to make nuclear arms behind the screen of a declared civilian atomic energy programme. Tehran denies this but its refusal to limit activity applicable to nuclear bomb production, or to permit unfettered U.N. inspections, has drawn severe sanctions.

In a possible sign of the Islamic Republic’s determination to meaningfully address specifics of the powers’ concerns after years of sidestepping them, the talks in Geneva were conducted in English for the first time.

A spokesman for the European Union foreign policy chief, Catherine Ashton, who oversees diplomacy with Iran on behalf of the six nations, said there was a sense of “cautious optimism” ahead of the meeting and that Ashton and Zarif dined together on Monday evening in a “very positive atmosphere”.

On a personal level, talks were complicated for Zarif by back pain, which landed him in hospital last week. Returning to his hotel from preliminary discussions with world powers, Zarif declined to speak to reporters, saying: “I’m really in pain.”

On the eve of the talks, Washington held out the prospect of quick sanctions relief if Tehran moved swiftly to allay concerns about its nuclear programme, although both countries said any deal would be complex and take time.

“We definitely hope that the new momentum will translate into some concrete step forward,” a senior Western diplomat said ahead of the talks. But Iranian atomic energy chief Ali Akbar Salehi suggested this week’s talks may not get that specific.

Asked whether Iran’s Fordow underground uranium enrichment site, which the big powers want shut, would be discussed, Salehi told Iran’s Fars News Agency: “We do not expect to get into contents in today’s meeting because the discussion will be on the generalities and I believe that the principles, timing and initiating the process will be considered.”

A U.S. administration official said any potential sanctions relief would be “targeted, proportional to what Iran puts on the table. No one should expect a breakthrough overnight”.

In a hint that Western powers were seriously considering relaxing sanctions in response to any Iranian concessions, leading U.S. and EU sanctions experts came to Geneva to offer help in weighing any potential changes. Diplomats said scenarios for potential relief had been drawn up ahead of the talks.

Israel, Iran’s arch-adversary and widely assumed to have the Middle East’s only nuclear arsenal, has warned the West not to scale back sanctions before Tehran has addressed concerns about its nuclear aspirations.

Israeli Prime Minister Benjamin Netanyahu’s security cabinet on Tuesday urged the powers to demand a complete dismantling of Iran’s enrichment programme – something some Western diplomats say may no longer realistic given its size and identification by the Iranian leadership with national pride and sovereignty.

But the cabinet, whose deliberations are usually secret, did not repeat past veiled threats to attack Iran as a last resort to stop it developing a nuclear warhead.

Since 2006, Iran has rejected U.N. Security Council demands that it halt uranium enrichment and has continued to expand its nuclear fuel programme, triggering increasingly harsh sanctions.

Hopes of a negotiated settlement of the dispute were raised last month when President Barack Obama and Rouhani spoke by telephone, the loftiest U.S.-Iranian contact since Iran’s Islamic Revolution in 1979. Washington and Tehran have had no diplomatic relations since 1980.

In the past, the six powers have demanded, among other things, that Iran halt uranium enrichment, particularly to 20 percent fissile purity, move stockpiles of enriched uranium abroad and close down the Fordow plant, which is buried inside a mountain south of Tehran to help withstand any air attack.

Iran has rejected the demand that it give up any refined uranium but signalled flexibility on other items.