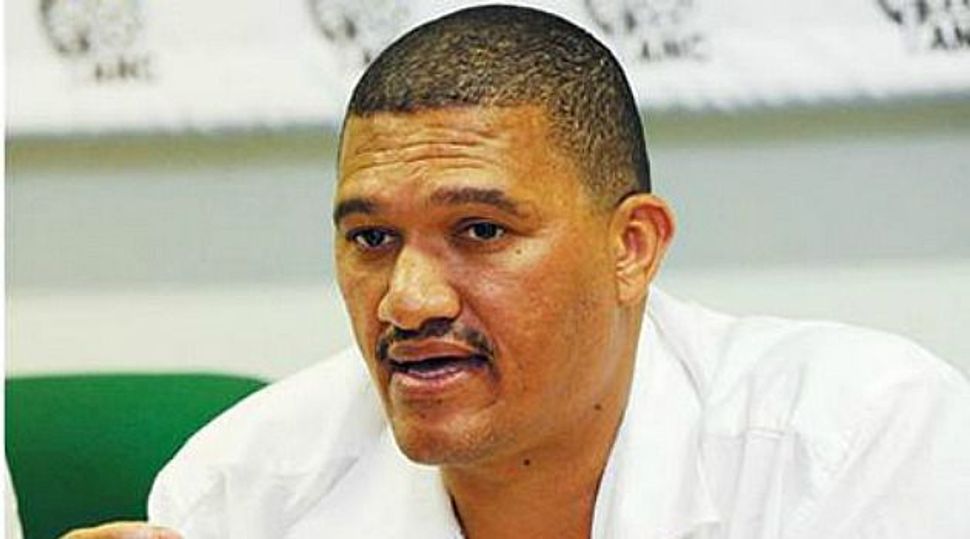 A ruling African National Congress party lawmaker has apologized for what has been characterized as anti-Semitic remarks, after a South African lawmaker filed a complaint with the party.

Veteran lawmaker Professor Ben Turok, who co-authored the liberation movement’s Freedom Charter, the 1955 document designed to give all South Africans equal rights, filed the complaint against Marius Fransman, African National Congress Western Cape chairman and deputy minister for international relations and co-operation for what he called the “anti-Semitic” remarks made by Fransman, according to the daily Cape Times.

At a meeting last week of the Cape Town Press Club, Fransman, addressing the topic of land ownership in the city said, according to a Sapa report: ‘The reality is……..98 percent…….of the landowners and property owners actually is the white community and, in particular, also people in the Jewish community.’

Turok called Fransman’s statement damaging and divisive, saying that it was unacceptable to identify people or ownership along ethnic lines for no reason.

Fransman apologized “for the perception that was created that I was singling out the Jewish community” in last week’s remark, adding that he did not feel that his comments were anti-Semitic. Speaking on Cape Talk radio Tuesday morning,

Turok, who heads Parliament’s ethics committee, told Cape Talk radio Tuesday morning, in an interview that he accepted the apology, but it was up to the party to decide whether to go ahead with disciplinary measures or not.”

This is the second official complaint of anti-Semitism against Fransman. In February this year, he said in an interview on Muslim radio station Voice of the Cape, that building contracts had been taken from Muslim businesses by the opposition Democratic Alliance-ruled Western Cape government and awarded to Jewish businessmen.

The South African Jewish Board of Deputies took Fransman to the South African Human Rights Commission over the earlier remark, with Fransman initially demanding a public apology from the board for “misleading the people.” The parties are currently involved in a mediation process over the earlier remark. At the time, the board said that Fransman’s motive was to attract votes for the country’s national elections to be held next year.