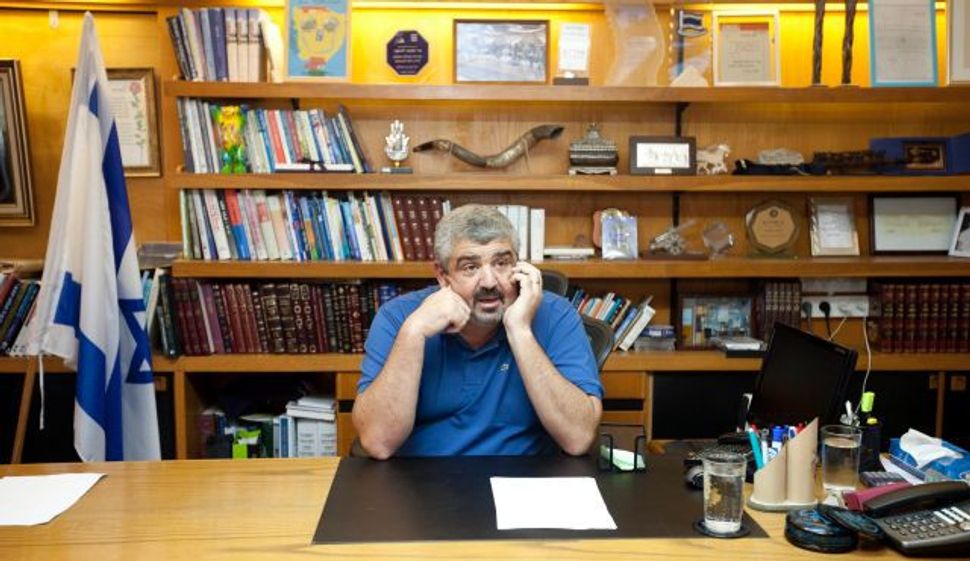 Bay Yam Mayor Shlomo Lahiani has been charged with corruption, but he says public will judge him at the ballot box. Image by Haaretz

The Holyland indictments, which taint Jerusalem’s former municipal elite with massive corruption, along with the past year’s arrests of mayors on suspicion of the same sorts of crimes, albeit on a much lesser scale, have apparently left their mark on public opinion. About two thirds – 63% – of Israelis think their municipality is infected with corruption.

Over the past year the mayors of Elad, Yehud, Hadera and Afula have been arrested. Four others have been indicted on charges of serious wrongdoing. A poll conducted for Haaretz ahead of next Tuesday’s local elections finds that only 19% of the public think there is no corruption in their local government, while 17% responded that they couldn’t say.

The survey was conducted on Tuesday among a sample of 501 people, with a maximum error margin of 4.4%.