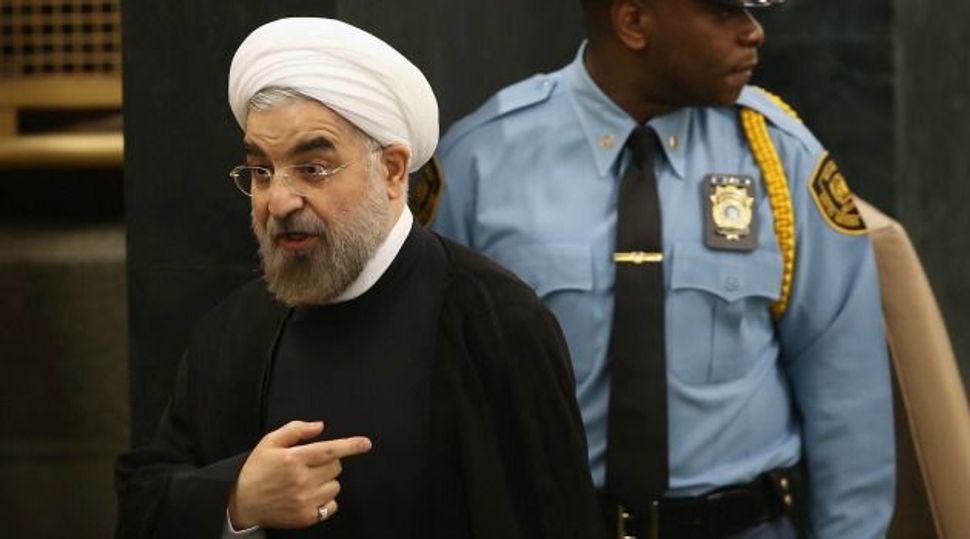 The U.N. nuclear watchdog and Iran held “very productive” talks this week on how to advance a long-blocked investigation into Iranian atomic activities and will meet again in Tehran next month, they said in a rare joint statement on Tuesday.

The relatively upbeat announcement by Iran and the International Atomic Energy Agency may further buoy hopes for a negotiated solution to the international standoff over Tehran’s nuclear ambitions after the June election of moderate President Hassan Rouhani, who is seeking to reduce tension with the West.

The U.N. agency wants to resume an investigation, long stymied by Iranian non-cooperation, into what it calls the “possible military dimensions” of the Islamic Republic’s nuclear programme. Tehran says it is enriching uranium solely for electricity generation and medical treatments.

The IAEA and Iran “had a very productive meeting on past and present issues”, Tero Varjoranta, the agency’s deputy director general in charge of nuclear inspections, told reporters at the end of the two-day session in Vienna.

Iranian Ambassador Reza Najafi said Tehran presented new ideas to overcome the dispute, which revolves around the U.N. watchdog’s suspicions that Iran researched how to build nuclear bombs despite being part of a global non-proliferation treaty.

“I believe that, with the submission of these new proposals by Iran, we have been able to open a new chapter of cooperation,” he said, standing next to Varjoranta. The next meeting will be held in Tehran on Nov. 11.

Their conciliatory comments marked a change in tone after a string of meetings since early 2012 failed to yield a deal giving the IAEA access to sites, files and officials in Iran relevant to its investigation.

The IAEA talks are distinct from Iran’s negotiations with world powers, but both diplomatic tracks centre on suspicions that Tehran may be seeking the capability to assemble nuclear bombs behind the facade of a civilian atomic energy programme.

Rouhani, a pragmatist, took office in August promising to try to resolve the nuclear dispute and secure an easing of sanctions that have severely hurt Iran’s oil-dependent economy.

The fact that the next meeting will be held in the Iranian capital may help raise expectations that Iran would start to resolve the IAEA’s concerns, said David Albright of the U.S. Institute for Science and International Security.

But, he added, “I’ve been disappointed many times before.”

Iranian Deputy Foreign Minister Abbas Araqchi said in Vienna on Monday that he had put forward proposals to IAEA Director General Yukiya Amano and pledged a “new approach” in dealings with the U.N. agency. But he gave no specifics.

Tuesday’s joint statement said: “Iran presented new proposals of practical measures as a constructive contribution to strengthen cooperation and dialogue with a view to future resolution of all outstanding issues.”

Expectations for this week’s Vienna talks, the first at such high level since Rouhani’s election, had been relatively high. Diplomats believed Iran might soon offer concessions, perhaps by permitting U.N. inspectors to visit its Parchin military base southeast of Tehran – long an IAEA priority.

Taking advantage of the diplomatic opening enabled by Rouhani, Iran and six world powers have revived separate negotiations towards a broader political settlement of the nuclear dispute to head off any risk of a new Middle East war.

The last meeting between Iran and the United States, France, Britain, Germany, China and Russia was held on Oct. 15-16 in Geneva, and another one is scheduled for Nov. 7-8, just a few days before the next Iran-IAEA meeting.

An end to Iran’s higher-grade enrichment of uranium is a central demand of the powers. Refining uranium to 20 percent is sensitive as it is a relatively short technical step to raise that to the 90 percent needed for a nuclear bomb.

Israel, believed to be the Middle East’s only nuclear-armed power, wants arch-foe Iran to cease all enrichment and Defence Minister Moshe Yaalon warned on Tuesday “against concessions that are liable to concede to the regime’s charm offensive”.