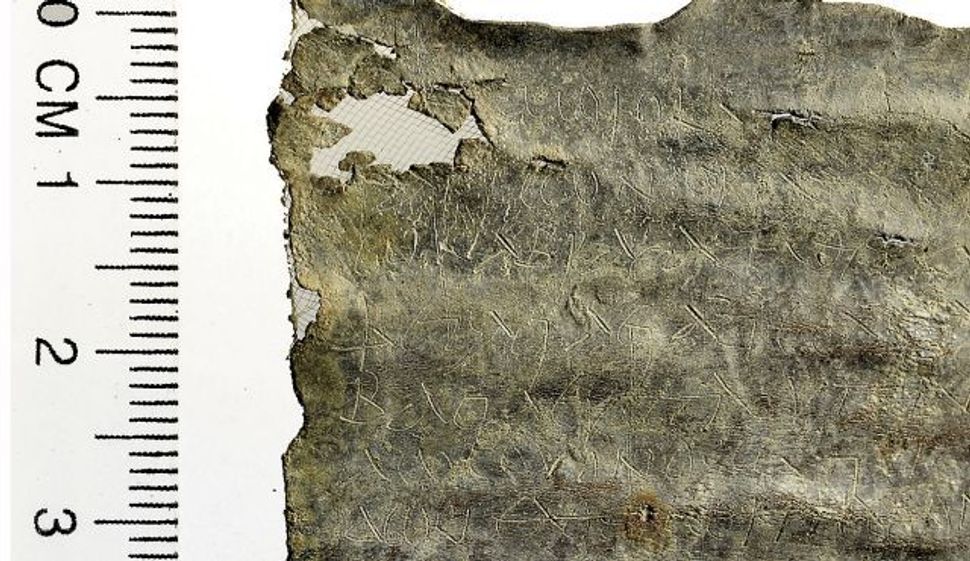 A 1,700-year-old curse was discovered recently in the ruins of a luxurious Roman villa in Jerusalem’s City of David.

A few months ago, excavators led by Doron Ben-Ami and Yana Tchekhanovets of the Israel Antiquities Authority uncovered a rolled-up lead tablet in the villa and sent it to the authority’s laboratories to be opened. When conservator Lena Kupershmidt gently unrolled the tablet, she found that it contained a Greek inscription.

The text was then sent for analysis and deciphering to Dr. Robert Walter Daniel of the University of Cologne in Germany, since that university runs a joint project with the antiquities authority for conserving and analyzing lead tablets of this type.

The text, Daniel said, revealed that a woman named Kyrilla sought to put a curse on a man named Iennys. To do so, she invoked the names of six gods from a variety of traditions, including the Roman god Pluto, the Greek gods Hermes and Persephone, and the Mesopotamian god Ereshkigal.

“I strike and strike down and nail down the tongue, the eyes, the wrath, the ire, the anger, the procrastination, the opposition of Iennys,” Kyrilla said in one section of the curse. She also asked the gods to ensure that “he in no way oppose, so that he say or perform nothing adverse to Kyrilla … but rather that Iennys, whom the womb bore, be subject to her.”