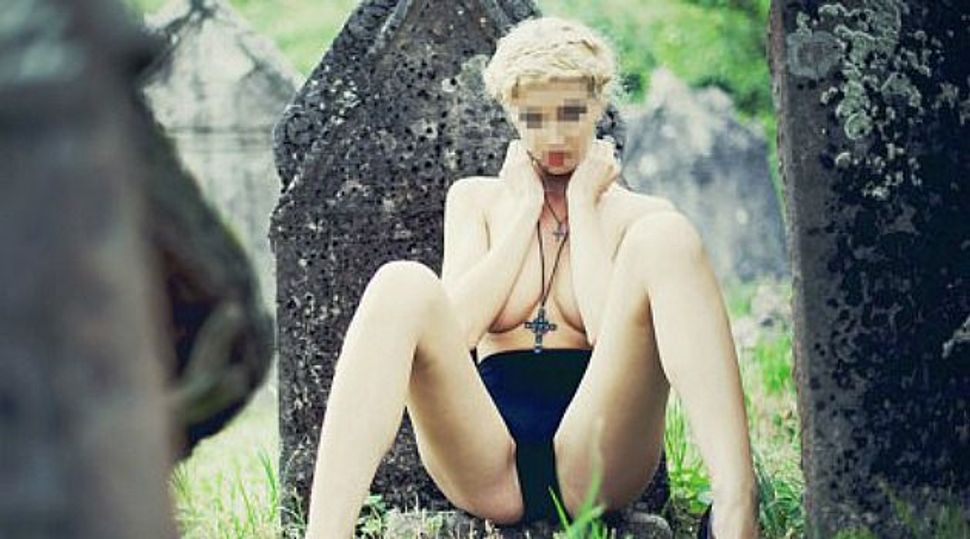 Overgrown: A Polish model stripped down to expose the condition of this neglected Jewish cemetery in the Polish town of Checiny.

A Polish photographer did not break the law by conducting a photo shoot with a half-naked model at the Jewish cemetery in Checiny.

The city prosecutor in the Polish city of Kielce decided this week that Polish photographer Lukasz Szczygielski did not intend to insult the religious sensibilities of the cemetery of the Jewish community and that his main objective was art when he photographed a topless model at the Jewish cemetery in Checiny in August, TVN 24 reported.

At the time, Szczygielski explained that he wanted to draw attention to the neglected cemetery in the southern Poland town.

The model posed against the headstones naked from the waist up, with a necklace bearing a large cross hanging between her breasts.

Szczygielski apologized on local television in August after he was told that the photo shoot was offensive.

The Checiny Jewish cemetery, which dates to the 17th century, has approximately 150 tombstones.