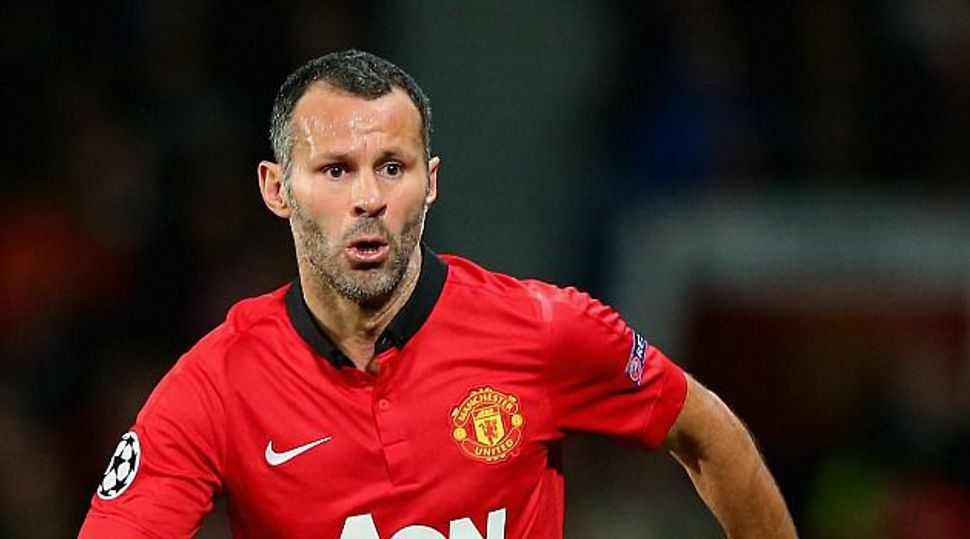 Middle of Table: Manchester United star Ryan Giggs hopes to buy a synagogue for a downtown real-estate development he is spearheading in the English city. His team are currently languishing in the middle of the table, eight points below leaders Arsenal. Image by getty images

Manchester United soccer star Ryan Giggs and retired icon Gary Neville reportedly plan to buy a synagogue in Manchester as part of a sprawling redevelopment plan they are spearheading.

The longtime teammates want to buy the Manchester Reform Synagogue, which located in a prime location in the city’s dilapidated central business district, the Jewish Chronicle reported.

The synagogue purchase will be part of a deal to develop a abandoned police station and other properties which the budding real estate developers hope to turn into a multimillion dollar mixed commercial-residential complex.

The shul was built in the early 50’s, after its predecessor was destroyed in the Nazi blitz of 1941.

The plans call for the building to be torn down and replaced by a new ‘eco-friendly’ synagogue, along with apartments, shops and a spanking-new community center.

The synagogue’s president Danny Savage confirmed the discussions with Giggs and Neville, who are among Manchester sports royalty, but declined to give further details.

“Our uniqueness as the only city-center synagogue make it more inclusive a community, predominantly for the Jewish community. Our hope is that it will include meeting spaces, which have been given a lot of thought,” the president said, according to the Chronicle.