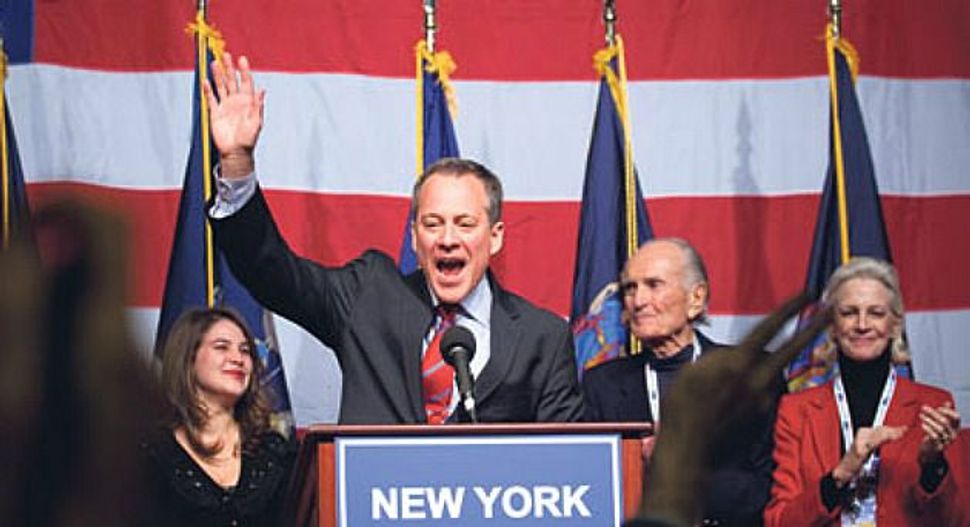 New York Attorney General Eric Schneiderman vowed to press on with a full state and federal response to the allegations of bullying and pervasive harassment of Jewish students in an upstate school district.

“We will not turn a blind eye to instances of bullying that leave physical or psychological scars on children of all ages,” the attorney general said in a statement. “Schools should be a safe haven for students to learn and grow, not a place of hatred and persecution.”

He pledged to work with local and federal officials to correct the problems — and punish any wrongdoing.

“We are committed to ensuring a full state, federal and local response that both addresses this matter and protects students across our state from hate and anti-Semitism.”

Schneiderman cited the 2010 Dignity for All Students Act, which he called a powerful tool against discrimination and harassment in public schools.

The measure aims to protect New York students while promoting increased tolerance and lessons in diversity, and provides broad and meaningful protections for all students against harassment based on a person’s actual or perceived race, color, weight, national origin, ethnic group, religion, disability, sexual orientation, gender, or sex.

U.S. Rep. Sean Maloney and Schneiderman also called on Congress to protect other students from similar abuse by passing the Safe School Improvement Act, the first proposed federal law to prevent bullying and harassment in schools. They also called on local officials to use all available resources to ensure that students, parents and communities have information and tools on how to prevent and report bullying.

School bullying is on the rise in New York and across the country. In a recent survey, just 44% of students in New York schools reported feeling very safe at school, while 39% called bullying, name calling and harassment serious problems.