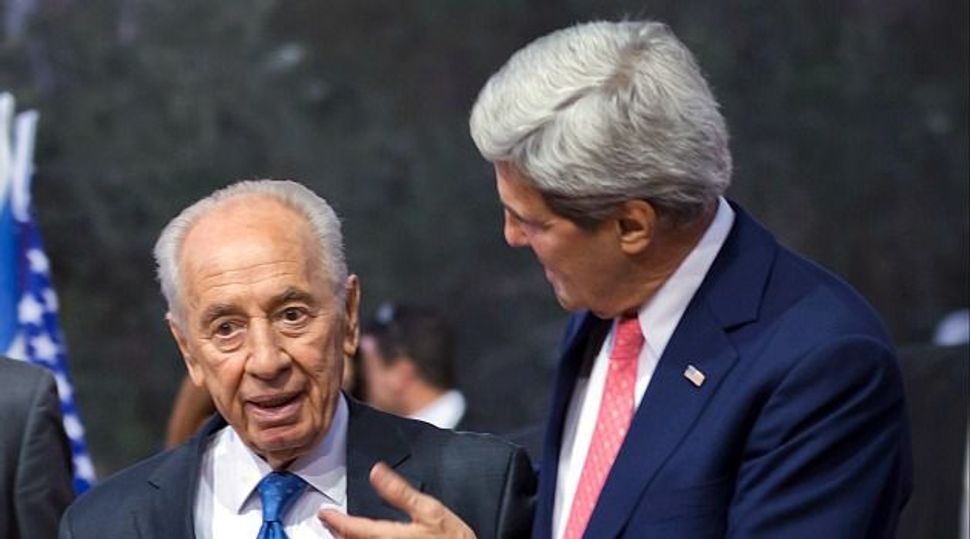 Addressing a plenary session at the Jewish Federations of North America General Assembly in Jerusalem on Monday, Shapiro stressed the United States’ and President Obama’s commitment to Israel’s security, calling the alliance between the two countries “as close as it has ever been.”

He said that both countries share the goal of stopping Iran’s nuclear program. “There is no greater priority for the United States and Israel than preventing Iran from acquiring a nuclear weapon,” Shapiro said. “On this issue the United States and Israel share an identical objective. [Obama] will not permit Iran to acquire a nuclear weapon, period.”

Peres downplayed reports of divisions between the U.S. and Israel regarding recent negotiations over the Iranian nuclear program, and expressed confidence in the U.S.’s handling of the issue.

Peres’ and Shapiro’s comments contrast with recent speeches by Israeli Prime Minister Benjamin Netanyahu, in which he called a recent deal proposed by the U.S. regarding Iran’s nuclear program “a bad deal.”

“What is being proposed now is a deal in which Iran retains all of that capacity” to build a nuclear weapon, Netanyahu told the G.A. Sunday. “Not one centrifuge is dismantled; not one. Iran gets to keep tons of low-enriched uranium.”