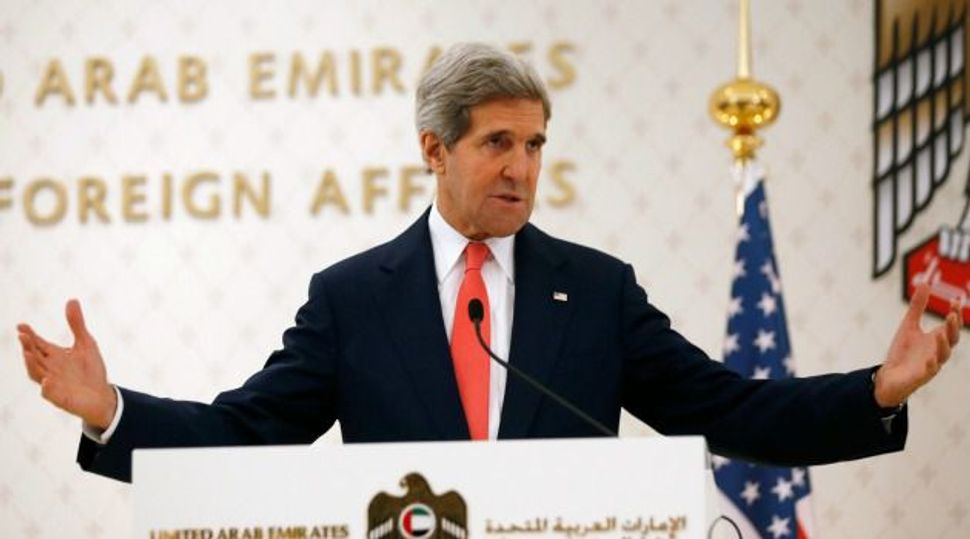 “The risk is that if Congress were to unilaterally move to raise sanctions it could break faith in those negotiations and actually stop them and break them apart,” Kerry told reporters before a meeting with U.S. senators on the matter.

Vice President Joe Biden was also meeting with senators to make the administration’s case on sanctions on Wednesday. Biden and Kerry are both former senators.

President Barack Obama’s administration wants a “temporary pause” on new sanctions on Iran to allow diplomats from the United States and five other world powers to negotiate with Tehran and test whether it might be possible to resolve a decade-long standoff over its nuclear program.

“We have the unity of the P5+1, Germany, Great Britain, France … and Russia, China and the United States are all agreed on this proposal that’s on the table,” Kerry said.

“If all of a sudden sanctions were to be increased, there are members of that coalition who have put it in place who would think that we are dealing in bad faith, and they would bolt. And then the sanctions would fall apart,” he told reporters.

Negotiators on Iran’s nuclear program failed to reach an agreement during weekend talks in Geneva. Another round is due to start on Nov. 20.

Iran says its nuclear program is a peaceful bid to generate electricity. But its refusal to halt sensitive work has drawn tough sanctions targeting its lifeblood oil exports.

The package of even tighter sanctions has been making its way through Congress, where lawmakers, including many of Obama’s fellow Democrats, generally take a harder line on Iran than the administration.

Republican Senator Bob Corker, a member of the Senate Banking Committee, which must vote on the sanctions bill before a vote by the full Senate, said before the meeting he hoped Kerry would provide lawmakers with the details of the proposal on the table and spell out what it expects from a final agreement.

“This is going to be a very important meeting relative to what Congress does relative to sanctions in the future,” he told reporters.

He said he would make his decision on the best way to proceed after the briefing.