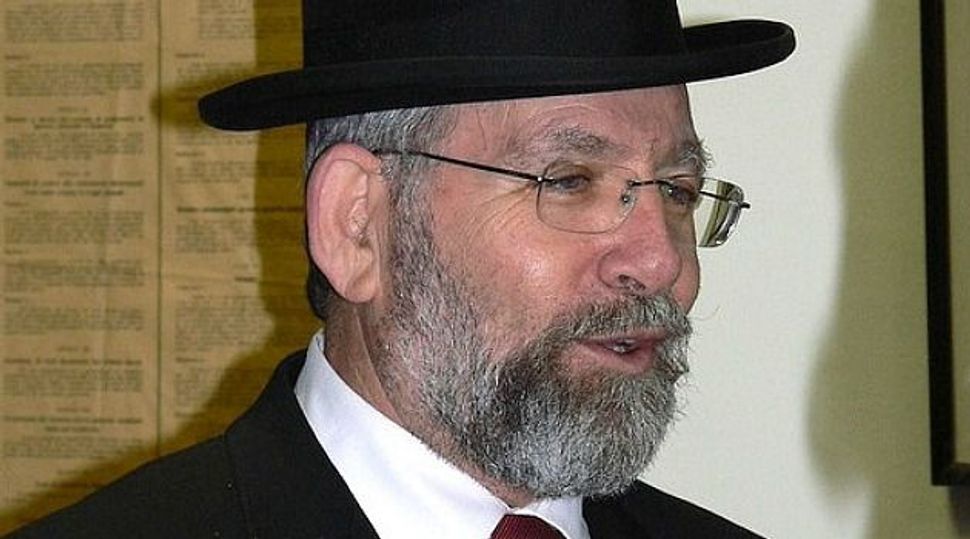 Image by courtesy of rabbini

A rabbi has threatened to sue the Jewish community in the northeast Italian city of Trieste for firing him as the community’s chief rabbi.

Rabbi Itzhak David Margalit, 64, has hired a lawyer and was flying to Israel this week to consult with the chief rabbinate there, according to a front page article Wednesday in the local newspaper Il Piccolo.

The rabbi also was reported to have contacted the local branch of a national trade union.

Margalit was born in Israel but has been chief rabbi of Trieste for six years. Jewish community board members, meeting at the end of October, voted unanimously to remove him from his post. No reason was given at that time, but the case was described as unprecedented and has received national news coverage.

In a letter sent to community members after the Il Piccolo article appeared, Trieste Jewish community President Alessandro Salonichio said that the decision had been taken “after long meditation” and was motivated by the “lack of the relationship of trust that should be the basic and indestructible tie that binds a Jewish community and its spiritual leader.”

Salonichio said that the community leadership tried to resolve the issue for more than a year and a half, to avoid tensions in the Jewish community and “unwelcome echoes in the media.”

Margalit was quoted in the Italian media as saying there was “no just cause” for firing him and that he would present his side of the story later.