Hungarian Jewish Poet’s Statue Struck By a Car, Breaks in Half 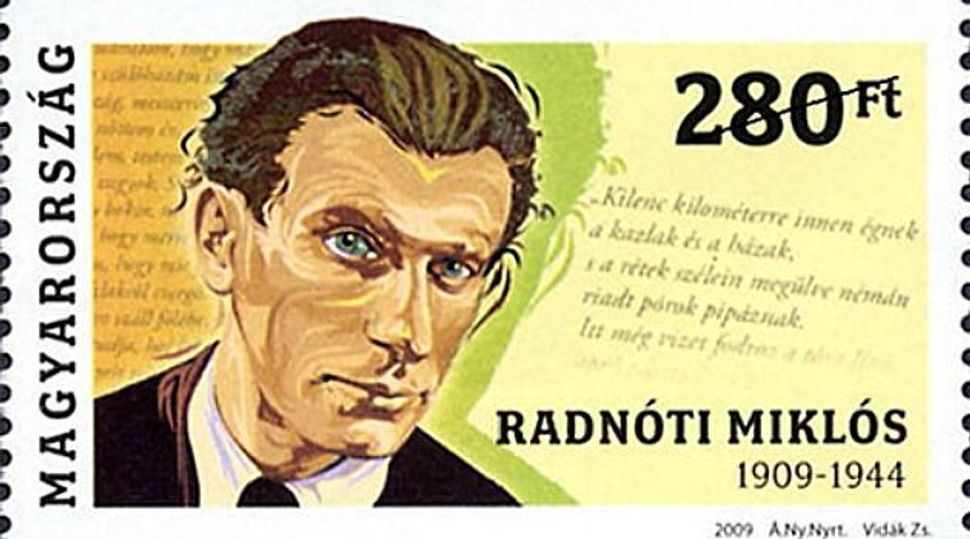 A statue of Hungarian Jewish poet Miklos Radnoti, who was killed by Hungarian Nazis at the end of 1944, was broken in two parts after being struck by a car.

The Radnoti statue in the village of Abda, in western Hungary, was either hit on purpose or by a drunken driver on Sunday, a police spokesman told local radio. The statue is located where the buried body of Radnoti was discovered immediately after the war.

Hungarian police told the Hungarian Club Radio Monday that they found the vehicle — a Mercedes — that had hit the statue but not its owner.

Also over the weekend, a book of Radnoti’s poems was set ablaze in Miskolc, a the northern Hungarian countryside town. Extremists burned the book along with what they called other “Zionist publications,” according to the daily newspaper Nepszabadsag.

Radnoti converted to Christianity a year before his death in 1943 and identified as Hungarian.

Meanwhile, a crowd of 400 came out Sunday for a memorial to Hungary’s wartime leader Miklos Horthy, a Hitler ally, sponsored by the ultranationalist, neo-Nazi Jobbik party.

Hungarian Jewish Poet’s Statue Struck By a Car, Breaks in Half