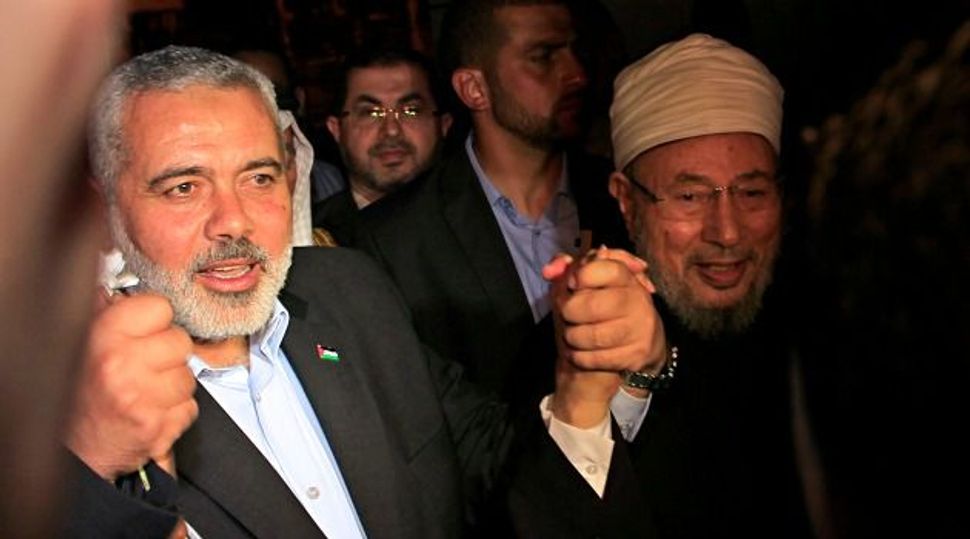 The granddaughter of Hamas Prime Minister Ismail Haniyeh was admitted to an Israeli hospital.

One-year-old Amal Haniya crossed from Gaza into Israel to be treated at Israel’s Schneider Children’s Medical Center in Petah Tikvah, accompanied by her grandmother, according to reports based on Palestinian sources.

The girl reportedly had a serious infection of her digestive tract, which affected her nervous system, and damaged her brain.

She was transferred back to Gaza after Israeli doctors determined that they could not help her, and her condition continued to deteriorate.

Her father, Abdul Salam, wrote on his Facebook page Monday afternoon that his daughter had returned to Gaza in a state of clinical death.

He had previously posted on Facebook that his daughter had been transferred to an Israeli hospital, though that post was subsequently removed, according to the Jerusalem Post.

Haniyeh recently called for a third Palestinian intifada in the West Bank.