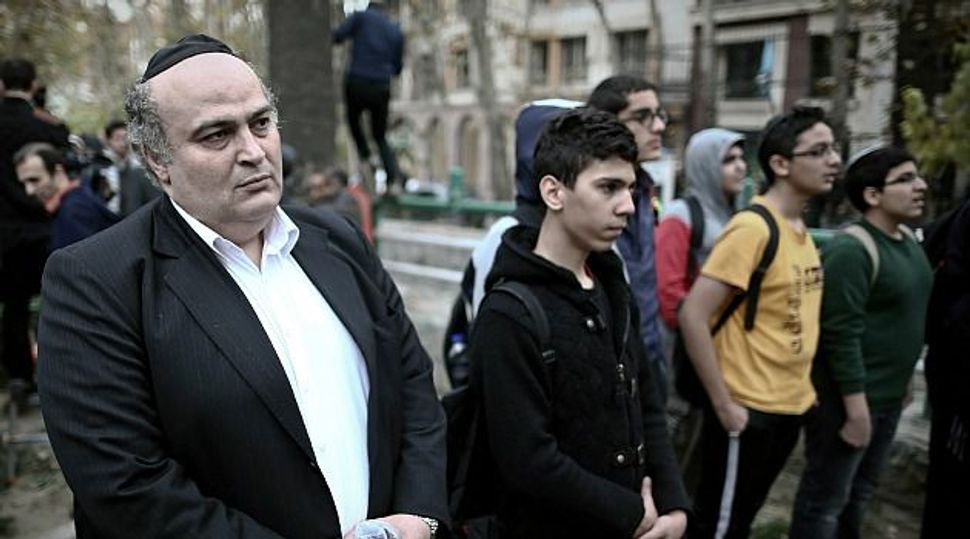 We Like Nukes: Iranian Jewish lawmaker Siamak Moreh Sedq and schoolboys read prayers during a demonstration in front of the United Nation?s building in Tehran. Image by getty images

Tuesday’s demonstration came a day before the resumption in Geneva of negotiations between Iran and world powers over Iran’s suspected nuclear weapons program.

The demonstration of Iranian Jews was held in front of the United Nations office in Tehran, with demonstrators holding Torah scrolls and signs in English, Hebrew and Farsi, according to the Jerusalem Post.

The demonstrators denounced Zionism and threw their support behind the country’s nuclear talks negotiating team.

Also in advance of the meetings, Iranian Supreme Leader Ayatollah Ali Khamenei on Wednesday announced in broadcast remarks that his country wants friendly ties with the world community, including the United States but that Israel is “doomed to extinction.”

He said that France, which has taken a hardline stance during the negotiations, is “not only succumbing to the United States, but they are kneeling before the Israeli regime.” Israel objects to the current deal reported to be on the table, under which crippling sanctions on Iran would be eased if it stops enriching uranium to more than a minimum percent.