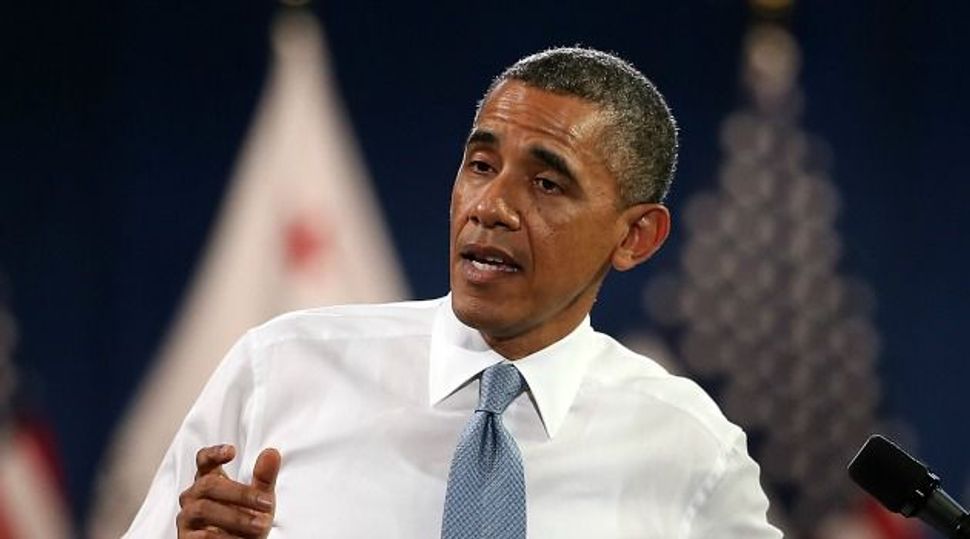 President Barack Obama took on critics of a newly brokered nuclear deal with Iran on Monday by saying tough talk was good for politics but not good for U.S. security.

Top Republicans – as well as U.S. ally Israel – have criticized Obama for agreeing to the deal, which the United States and its partners say will prevent Tehran from obtaining a nuclear bomb.

Obama has long been criticized for his desire to engage with U.S. foes. As a presidential candidate in 2008, the former Illinois senator took heat for saying he would talk to Iran, which has not had diplomatic relations with Washington for decades.

The president seemed to want to make a victory lap with his remarks on Monday, which were mainly focused on immigration reform. He noted he had ended the war in Iraq and would end the war in Afghanistan next year, two things he also pledged to do as a candidate.

If Tehran follows the agreement, Obama said, it would chip away at years of mistrust with the United States.

To his critics, Obama was especially direct.

“Tough talk and bluster may be the easy thing to do politically, but it is not the right thing for our security,” he said.

The White House has declined to identify a date for the next round of talks between Iran and world powers Russia, China, the United States, France, Britain, and Germany. But a spokesman said on Monday that Washington was eager to get started quickly.

Obama is in the middle of a three-day western swing to raise money for the Democratic Party while promoting his policy priorities on the economy.