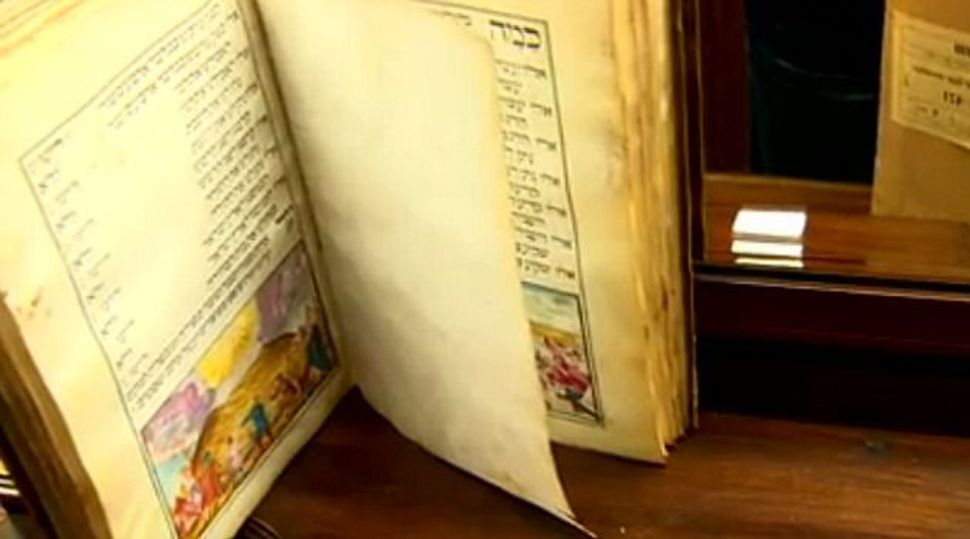 A hand-illuminated Passover Haggadah from the 18th century that was discovered in a garage in England sold at auction for $340,000.

The rare Viennese Haggadah sold Friday for much more than its original estimate, the Times of Israel reported. The anonymous buyer reportedly is from Vienna.

The Haggadah, which has been dated to 1725, was found among other Hebrew books stored in an Osem Israeli soup mix carton in a garage near Manchester.

It reportedly was written and illuminated by Aaron Wolf ben Benjamin Zeev Schreiber Herlingen of Gewitsch, who held an official position at the Imperial Library in Vienna. Herlingen also was a scribe and illustrator for Jewish works, according to the Times of Israel.