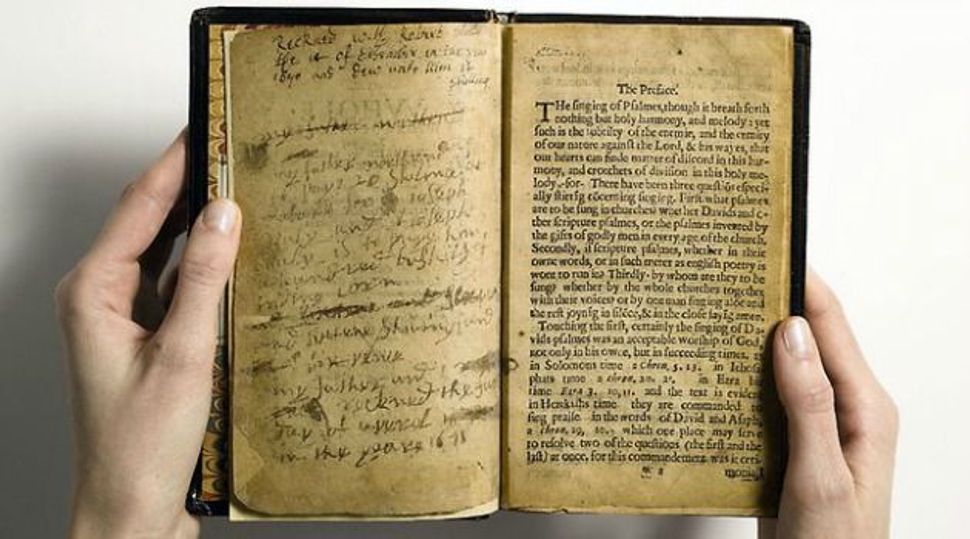 The Bay Psalm Book, one of 11 surviving copies of the first book printed in America, sold for $14.2 million on Tuesday evening at Sotheby’s in New York, setting a new world auction record for any printed book.

Although it had been estimated to fetch up to $30 million, it easily surpassed the previous mark of $11.5 million, paid in December 2010 for John James Audubon’s “Birds of America.”

American businessman and philanthropist David Rubenstein purchased the book. He is the co-founder and co-chief executive officer of the U.S. private equity firm Carlyle Group LP.

Sotheby’s said Rubenstein plans to loan it to libraries across the United States, before it will be put on long-term loan to one of them.

“We are thrilled that this book, which is so important to our history and culture, is destined to be widely seen by Americans who can appreciate its singular significance,” said David Redden, chairman of Sotheby’s books department.

“We are of course also thrilled to have achieved a new world auction record price for any printed book, which affirms that books remain a vital part of our culture,” he added in a statement.

Printed in 1640 in Cambridge, Massachusetts, the Bay Psalm is one of the rarest books in the world and among the finest surviving copies of original 1,700 that were printed.

Boston’s Old South Church sold the Bay Psalm Book from its collection to cover the cost of building repairs and to fund its ministry.

It is one of two owned by the church. Members of the church, a nonprofit organization dating back to 1669 that is a member of the Protestant denomination United Church of Christ, voted to sell the book last December.

“We are delighted,” Nancy Taylor, senior minister and CEO of Old South Church, said after the sale.

Harvard and Yale universities and other institutions own the other existing copies.