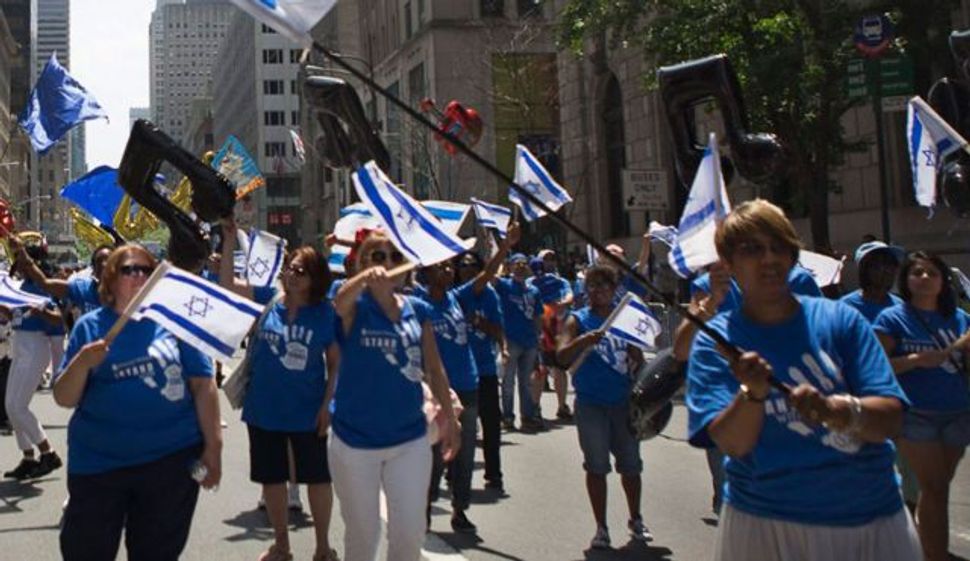 The longer Israelis live in the United States, the less critical of Israel they are likely to be, a new survey suggests.

The Internet-based survey of nearly 1,600 people divided respondents into two groups: those living in the United States for less than 10 years, and those living in the country for more than 10 years. Whereas 64 percent of the under-10-years group strongly agreed that when Israel is criticized they feel the need to defend it and show its positive side, the figure was 75 percent among the over-10-years group.

Though unscientific because all the respondents came from the lists of various Israel-related organizations in the United States, the results nevertheless suggest that Israelis’ political views become more like those of American Jews the longer they reside in the United States.

The survey was commissioned by the Israeli American Council and carried out by the Israeli firm Midgam, which asked respondents to complete an Internet questionnaire.

The survey found that the longer Israelis live in the United States, the more likely they are to be interested in Israel’s internal politics, believe that American Jews strengthen Israel, say that American Jews should publicly support Israel and take a candidate’s attitude toward Israel into consideration when voting.

The survey also showed slight increases in synagogue attendance and day school enrollment among those in the United States for more than 10 years.