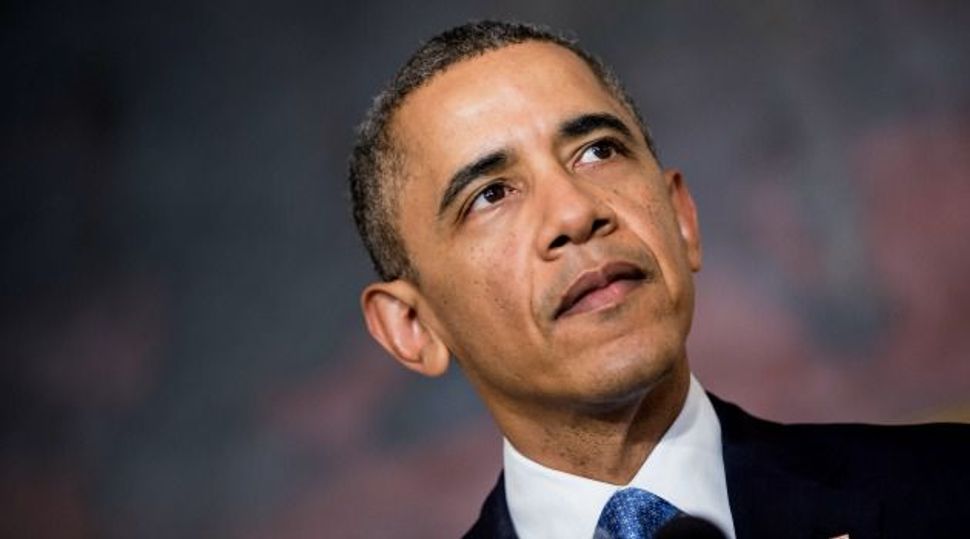 “We are prepared to negotiate a strictly limited enrichment program in the end state, but only because the Iranians have indicated for the first time in a public document that they are prepared to accept rigorous monitoring and limits on level, scope, capacity, and stockpiles,” Bernadette Meehan, the National Security Council spokeswoman, said in a statement Tuesday to JTA, in response to a query to a story first reported by the Washington Free Beacon.

It has been reported for months that the Obama administration and Western powers were prepared to tolerate low level enrichment as part of a permanent deal; Meehan’s statements Tuesday were the first on-the-record confirmation.

Israel opposes any permanent enrichment capacity, saying that at even low levels, the infrastructure required for such enrichment leaves Iran perilously close to the ability to manufacture a weapon.

“If we can reach an understanding on all of these strict constraints, then we can have an arrangement that includes a very modest amount of enrichment that is tied to Iran’s actual needs and that eliminates any near-term breakout capability,” Meehan said. “If we can’t, then we’ll be right back to insisting on no enrichment.”

Meehan cast the statement in response to persistent claims that the interim six-month deal agreed to last month by the major powers and Iran implies recognition of an Iranian “right” to enrich.

“Since the P5+1 would have to agree to the contours of a possible enrichment program, it is by definition not a ‘right’,” she said, using the acronym for the six powers – the United States, China, Russia, Germany, France and Britain – dealing with Iran.

“It is also important to note that Iran has acknowledged that issues raised in the U.N. Security Council resolutions have to be addressed and brought to a satisfactory conclusion before we agree to enrichment in the end state,” Meehan said, an apparent allusion to complaints by Israel and congressional lawmakers that the interim agreement does not dismantle Iran’s nuclear program, as required by the resolutions.