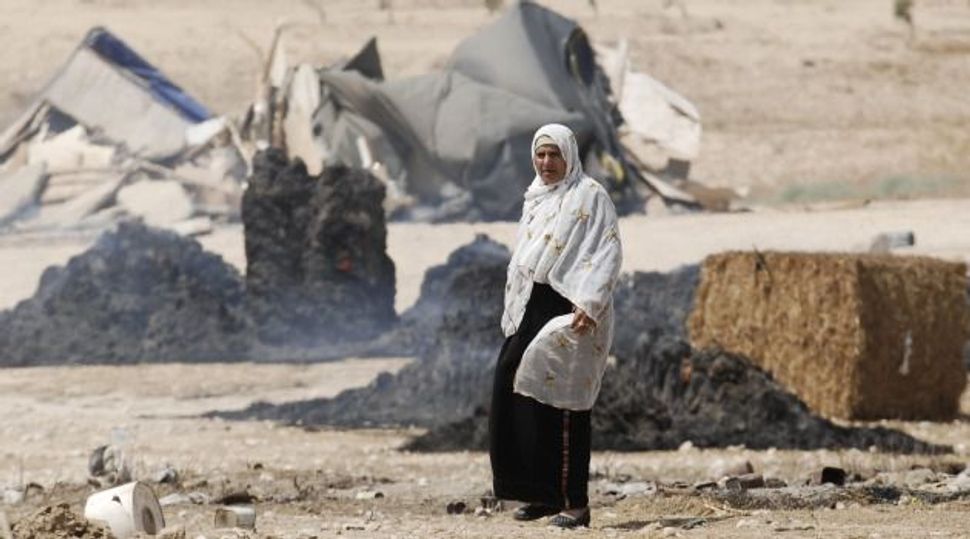 The Israeli government is shelving a proposal to resettle tens of thousands of Bedouin residents of the Negev that had drawn fierce criticism.

One of the proposal’s main architects, Benny Begin, told reporters on Thursday that the so-called Prawer-Begin Plan would be revised. He said Prime Minister Benjamin Netanyahu had approved delaying presentation of the plan to the Knesset.

The plan was billed as an effort to address the plight of Bedouin living in unrecognized villages without access to infrastructure and state services by resettling many of them in Bedouin towns. But it drew protests from many Bedouin and activists on the left who criticized it as an effort to grab Bedouin lands. The plan was criticized as well by some on the right who felt it gave too much to the Bedouin.

Begin said that action was still needed to improve the situation of the Bedouin.

“Since the bill reached the Knesset,” he said, “all sorts of interest groups have gotten involved trying to take advantage of the plight of the Negev Bedouin in order to achieve political gain.”