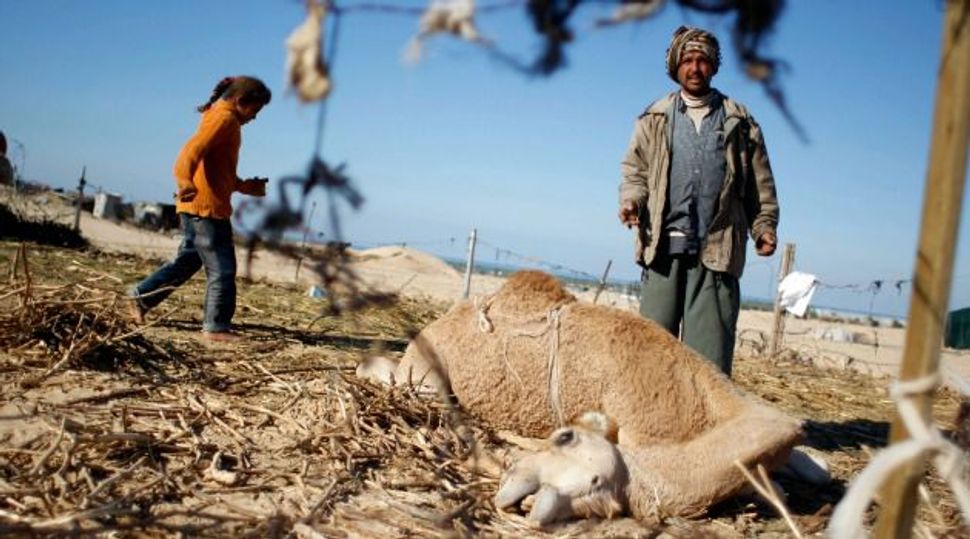 Almost a million people are expected to need food aid in the Gaza Strip next year, a U.N. agency said on Wednesday as it appealed for $95 million from donors.

About 813,000 Palestinian refugees currently receive food aid from the United Nations Relief and Works Agency (UNRWA), but the organisation expects a 10-20 percent rise in demand in 2014, said Robert Turner, its Gaza director of operations.

The main reason for the increase in the number of needy families was Egypt’s closure in recent months of smuggling tunnels under its border into the enclave which has deprived thousands of people of jobs and halted construction projects, he said.

The tunnels had provided a commercial lifeline for the Gaza Strip, which is run by Islamist Hamas, a Palestinian faction that is hostile to Israel. The Jewish state has led economic sanctions against Gaza.

The tunnels were also used by militant groups to smuggle in weapons and funds.

Turner said as a result of the projected increase in people needing aid, UNRWA would require more donations from countries.

“Only for food next year, we are appealing for $95 million but that is all our entire expected income, so we need to do a lot of advocacy with the donors,” Turner said.

According to U.N. figures, at least 80 percent of the enclave’s 1.8 million people are already classified as aid-dependent and unemployment is running at 30 percent.

Turner said Israel’s partial lifting last week of a ban on the import of construction materials for projects run by his organisation had allowed the resumption of work at five of 20 projects currently under way.

Israel imposed the ban after discovering in October a 2.5-km (1-1/2-mile) tunnel which it said militants planned to use for attacks inside the Jewish state.

When asked on Tuesday about the halt in transfer of building materials, Israeli Defence Minister Moshe Yaalon blamed the Hamas government, saying the estimated 700 tonnes of cement used to construct the tunnel could have built housing.

“They could have used the cement to build houses, or schools … anybody who chooses to build an attack tunnel … apparently cannot be trusted to receive cement… It’s a matter of choice … let those (who complain) first of all turn to (Hamas Prime Minister) Ismail Haniyeh, not to me,” Yaalon said.