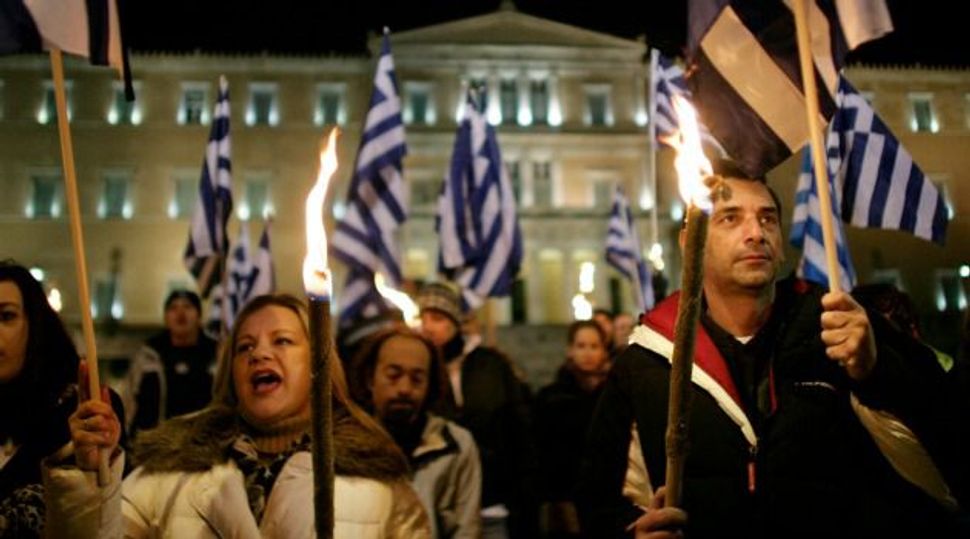 The Greek parliament has voted to cut off state funding for the neo-Nazi, anti-Semitic Golden Dawn Party.

The move is part of an ongoing crackdown against the ultra-nationalist party, whose leaders have been arrested and charged with running a criminal organization. Party leader Nikolaos Michaloliakos has publicly denied the Holocaust, as have other members of the organization.

On Wednesday, lawmakers voted to 241 to 26 to suspend state funding of $1.2 million, which the party had been eligible for after 18 members were elected to parliament last year.

As part of efforts to combat Golden Dawn, a new law was recently introduced that would bar funding for parties whose leaders are charged with involvement in a criminal organization or terrorism.