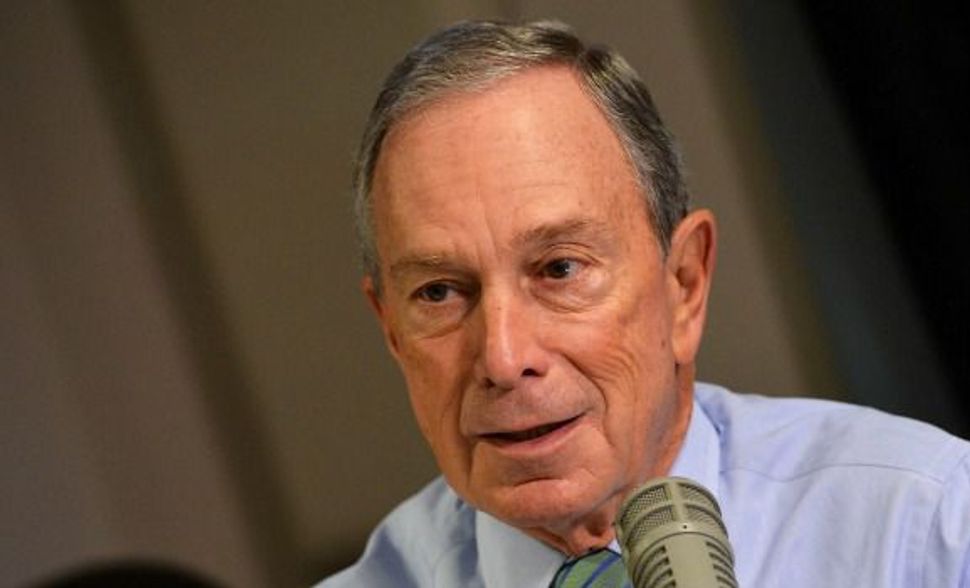 Love him or hate him, one thing is for sure: New Yorkers will not forget outgoing Mayor Michael Bloomberg anytime soon.

As the independent billionaire politician bids farewell to City Hall by touting his accomplishments during 12 years in office, academics, urban planning experts and political pundits say the mark he made on New York is indelible and strong.

While Bloomberg’s final term was marred by a failed attempt to outlaw large sugary drinks and the furor over stop-and-frisk policing, he stands as one of the most successful mayors in New York history, they contend.

The former Wall Street executive and founder of a media company that bears his name leaves a city with lower crime rates, more parks, and new urban landmarks such as the Barclays Center, an indoor arena built over a Brooklyn train yard.

“This will go down as, without question, one of the most influential and successful mayoralties in the history of the city,” said David Birdsell, dean of the School of Public Affairs at the City University of New York’s Baruch College.

Bloomberg – a longtime Democrat who became a Republican in 2001 to get on the ballot, and later dropped his party affiliation – ranked No. 2 on a list of the greatest New York mayors published recently by City & State, a website that covers government and politics.

If a tie were permitted, he would have tied with top-ranking Fiorello LaGuardia, said Birdsell who helped compile the City & State list. LaGuardia, so legendary that not just an airport but a Broadway musical took his name, governed the city during the Great Depression and World War II.

“Rarely are individuals in any field recognized among the greats of history during their own lifetimes, so the fact that our panel ranked Michael Bloomberg nearly at the top of this list while he is still in office is striking,” City & State wrote.

Experts can tick off a long list of accomplishments. The 10-year-old anti-smoking campaign is credited with some 10,000 fewer deaths and served as a blueprint for other cities; more than 850 acres of land was added to city parks; and the decade-old 311 call center has grown to handle millions of non-emergency requests each year.

Crime is down, a success that Bloomberg credits in part to the New York Police Department’s stop-and-frisk strategy. But a judge earlier this year ruled that the controversial tactic, seen as targeting young minorities, amounted to “indirect racial profiling.”

“That’s a fundamentally positive aspect of life that’s had very far-reaching effect,” said John Mollenkopf, director of the Center for Urban Research at the City of New York Graduate Center.

Bloomberg guided New York through the years after the Sept. 11, 2001, attacks, amid fears that the shaken city’s economy could be devastated.

“It is easy to imagine ways that a less strategic mayor could have gotten in the way of that recovery,” said Birdsell.

Bloomberg is credited as well with helping steer the city through the recession that began in 2007. Yet, his effort to capitalize on that success by arguing he was uniquely suited to remain mayor despite term limits rankled some people.

He engineered a change in the voter-approved term limits law in 2009 so he could run for a third term, but voters gave him a remarkably slim margin of victory.

“That affected his legacy, because people will always remember him as the person who got a third term against the peoples’ will,” said Norman Siegel, a civil liberties attorney and former head of the New York Civil Liberties Union.

Bloomberg’s most telling legacy may be, in one sense, himself, said Tom Wright, executive director of the Regional Plan Association, an urban research and advocacy group.

When he first ran for office, Bloomberg was an unlikely candidate with no political experience or constituency. He spent more than $100 million of his own fortune to win in 2001.

Throughout his tenure, he showed a continued willingness to back his policy priorities with his pocketbook.

“He was elected as a CEO mayor who ran on a platform of keeping crime down, balancing the budget, and trying to take control of the schools. And that was kind of it. He really didn’t have much,” said Wright. “Now, here he is leaving 12 years later, hailed as an urban visionary.”

Bloomberg moves on to his new consulting firm Bloomberg Associates, designed to help other cities worldwide achieve the same accomplishments as has New York.

City voters put their own stamp on Bloomberg’s legacy by electing Bill de Blasio, who will be the first Democratic mayor in 20 years and could scarcely be more different than Bloomberg, said Doug Muzzio, professor of politics and public opinion at Baruch College.

“New Yorkers elected a mayor who presented himself and was correctly perceived to be a repudiation in many ways of (Bloomberg),” Muzzio said.

Voters may well have tired of Bloomberg’s approach, such as his effort to bar restaurants, movie theaters and other businesses from selling large sodas and other sugary beverages. The proposal failed in court, which said Bloomberg had overstepped his authority.

“He had this idea that he knew what was best for everybody,” said Siegel. “I don’t think he respected the average New Yorker’s ability to figure out what was in their best interest.”