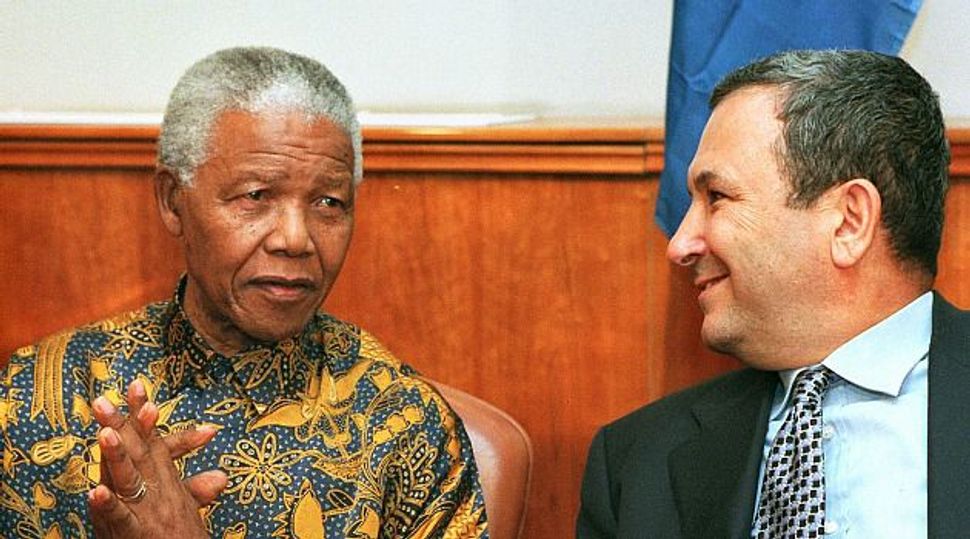 The Nelson Mandela Foundation has denied an explosive report that the South African freedom icon received training from Israeli agents in the early 1960s.

“(The foundation) has not located any evidence in Nelson Mandela’s private archive…that he interacted with an Israeli operative during his tour of African countries in that year,” the group said in a statement to the South African Press Association.

Haaretz first reported last week that top secret Israeli files suggest that Mandela was trained by Mossad agents during a stop in Ethiopia in 1962, as he began efforts to launch the armed struggle against the white-led apartheid regime in South Africa.

It said Mandela, who died on Dec. 5, apparently underwent weapons training by Mossad agents in Ethiopia in 1962 without the Israeli secret service knowing his true identity. They attributed their report to “an intriguing secret letter lodged in the Israeli state archives”.

The letter supposedly said Mandela was instructed in the use of weapons and sabotage techniques and was encouraged to develop Zionist sympathies.

Any contact between Mandela and Israeli agents would have been controversial in South Africa, where Mandela’s African National Congress forged a close alliance with the Palestinians and regularly slammed Israel for propping up the white government.

The foundation emphatically denies any such contact between Mandela and Israeli agents occured.

“In 1962 Mandela received military training from Algerian freedom fighters in Morocco and from the Ethiopian Riot Battalion at Kolfe outside Addis Ababa, before returning to South Africa in July 1962.

“In 2009 the Nelson Mandela Foundation’s senior researcher travelled to Ethiopia and interviewed the surviving men who assisted in Mandela’s training and no evidence emerged of an Israeli connection,” read the statement.