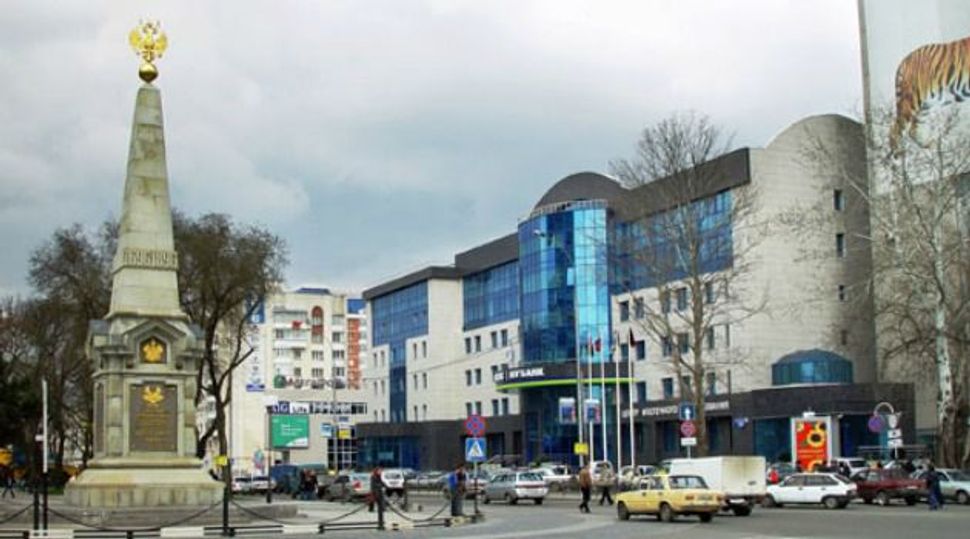 Vandals used a pig’s head to desecrate a synagogue in the southern Russian city of Krasnodar.

Representatives of the Jewish community of the city, which is located 600 miles west of Baku, Azerbaijan, found the pig’s head at the entrance to their synagogue on Dec. 20. They believe the perpetrators are also responsible for English-language graffiti on the building’s external wall, which read: “Happy Tu B’Shevat, Jewish Pigs.”

Tu B´shevat, which will next occur on Jan 15, 2014, is a Jewish holiday which celebrates ecological awareness and the connection between man and the plant kingdom.

Shneor Segal, a Chabad rabbi who used to work in Krasnodar and now serves as the chief Ashkenazi rabbi of Baku, said the community has contacted police with the intention of filing criminal charges against the unidentified perpetrators.

Last month, a pig’s head was left on the doorstep of a synagogue being built in Sevastopol, a Ukrainian port city located 270 miles west of Krasnodar.