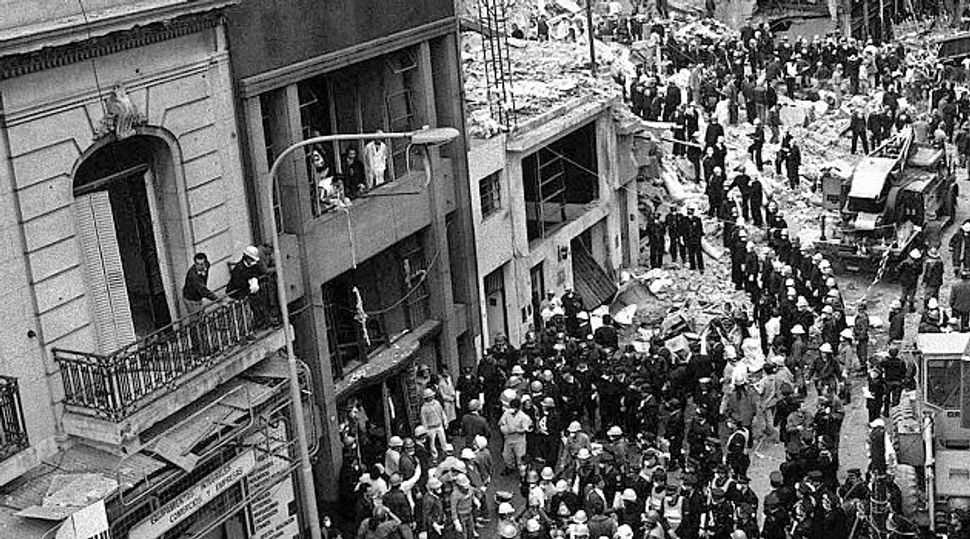 Israel has killed most of the people responsible for the 1994 deadly bombing at a Jewish community building in Buenos Aires, a former Israeli ambassador to Argentina said.

“The vast majority of the guilty parties are in another world, and this is something we did,” Yitzhak Aviran said in an interview published Thursday by the Jewish News Agency, or AJN, a Spanish-language service. He did not specify their identities or how they were killed.

Eighty-five people died in the suicide bombing at the multistory Asociación Mutual Israelita Argentina building, and hundreds more were wounded.

Aviran, who served as ambassador until 2000, arrived in Buenos Aires in 1993, the year before the attack and a year after a car bomb in front of the Israeli embassy in the city killed 29 people and wounded 200 others.

In the interview, Aviran criticized the Argentinean government’s decision last year to jointly investigate the bombing together with the Iranian government. Israeli U.S. and some Argentinean intelligence officials believe Iran’s leadership was complicit in planning the attacks.

“We still need an answer [from the Argentine government] on what happened,” he said. “We know who the perpetrators of the embassy bombing were, and they did it a second time.”