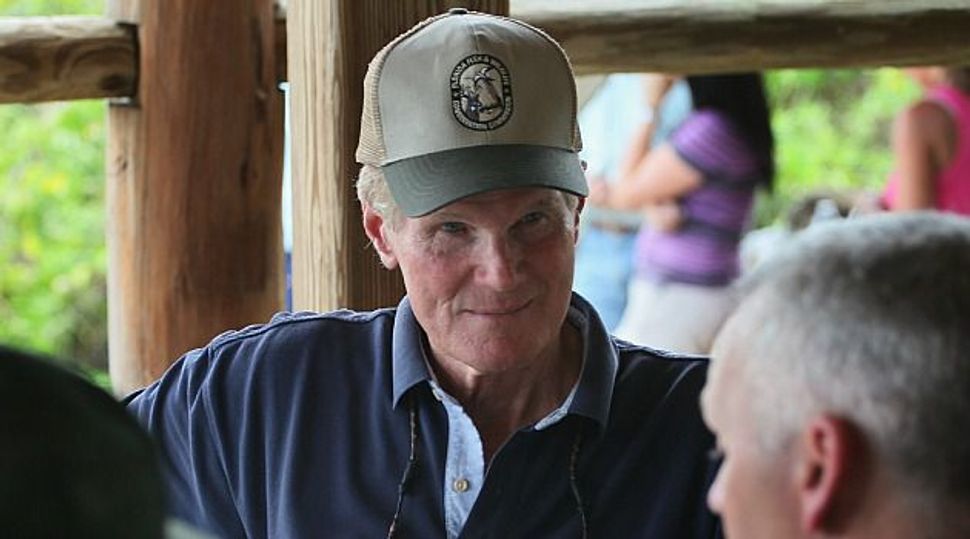 Four Jewish federations in south Florida urged Sen. Bill Nelson (D-Fla.) to sign on to legislation opposed by the Obama administration that would enhance Iran sanctions.

The Dec. 30 letter was sent amid a renewed post-holiday push by some pro-Israel groups to pass the legislation, initiated by Sen. Robert Menendez (D-N.J.) and Sen. Mark Kirk (R-Ill.).

“We believe that this congressional action will only strengthen President Obama’s hand,” the letter said. Sen. Marco Rubio (R-Fla.), the state’s other senator, is already a cosponsor. A query to Nelson’s office was unreturned.

So far 33 senators have signed on to the bill. Top pro-Israel groups, led by the American Israel Public Affairs Committee, are seeking additional sponsors; committing a veto-proof two thirds of the 100-member Senate to the bill would undercut the White House’s pledge last month to veto the bill. A similar bill this summer overwhelmingly passed in the U.S. House of Representatives.

The American Jewish Committee, using one of its Twitter accounts, on Thursday called on most of the senators that have so far not signed on to join.

A number of federations in states with senators who have not signed on are making similar overtures. “We are encouraging our leadership around the state to reach out to Senator Brown and ask him to sign on,” Joyce Garver Keller, who directs Ohio Jewish Communities, referring to Sen. Sherrod Brown (D-Ohio).

The Jewish Federation Association of Connecticut has scheduled a meeting with Sen. Chris Murphy (D-Conn.), who is also a holdout.

In Rhode Island, Marty Cooper, the director of community relations for the state’s Community Relations Council, said he had spoken with staff for Sen. Jack Reed (D-R.I.), who had told him that Reed was concerned that the bill could undercut the negotiations, which he saw as important for U.S. and Israel security.

Cooper said he was not lobbying for the bill, but seeking to understand where Reed stood.

The bill would expand sanctions in part by broadening existing definitions targeting energy and banking sectors to all “strategic sectors,” which would add the engineering, mining and construction sectors. It would also tighten the definition of entities eligible for exceptions and broaden the definition of targeted individuals who assist Iran in evading sanctions.

The law faces significant opposition: Ten committee chairmen in the Democratic-led Senate have pushed back against new legislation in a letter to Sen. Harry Reid (D-Nev.), the body’s majority leader.