4 Plead Not Guilty to Murder of Jewish Lawyer Dustin Friedland at N.J. Mall 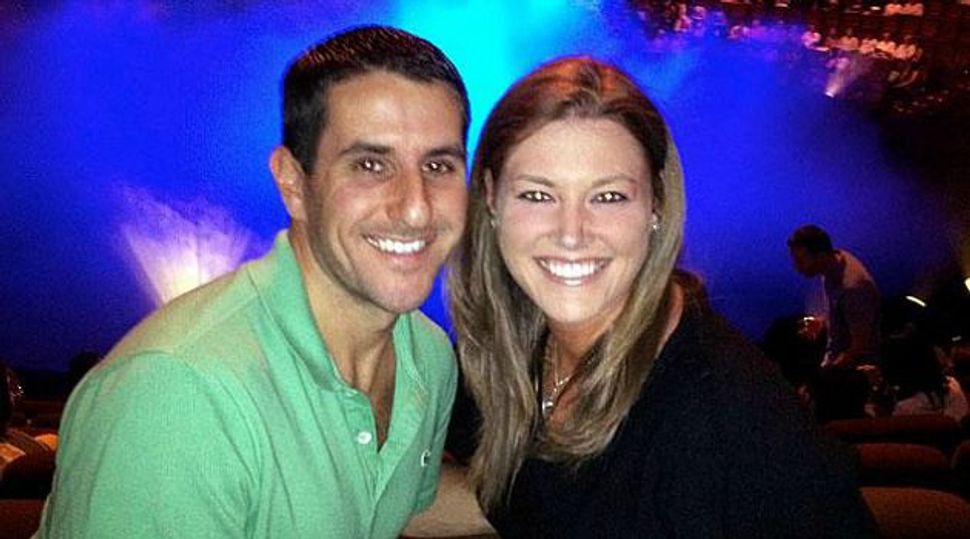 Doomed: Justin Friedland, left, was shot dead in front of his horrified wife, Jamie, at an upscale N.J. mall. Image by Facebook

Four men pleaded not guilty on Wednesday to murder and other charges in a fatal carjacking at an upscale New Jersey mall, where a lawyer was slain in front of his wife after holiday shopping.

Prosecutors said two of the men attacked Dustin Friedland, 30, a Hoboken lawyer, on Dec. 15 as he and his wife were loading gifts into their luxury SUV in the parking lot of the Mall at Short Hills in Millburn, New Jersey, about 21 miles (33 km) west of New York City.

After the shooting, the men drove away in the victim’s car, a 2012 silver Range Rover, prosecutors said.

Appearing in shackles one at a time before a judge in state Superior Court in Newark, each of the four men pleaded not guilty to charges of murder, carjacking, conspiracy and possession of a weapon. If convicted of the most serious charge, they could face life in prison, prosecutors said.

The men were identified as Karif Ford, 31, Basim Henry, 32, Kevin Roberts, 33, all from Newark, and Hanif Thompson, 29, of Irvington, New Jersey.

Judge Peter Vasquez ordered the four, who have been in custody since their arrest, to continue to be held on $2 million bail.

Essex County chief assistant prosecutor Thomas Fennelly declined to identify who pulled the trigger or to further discuss the case, except to confirm there are no more suspects.

Prosecutors have said Henry, who was apprehended in an Easton, Pennsylvania, hotel by a task force of FBI agents and U.S. Marshals, drove the getaway car, which was registered to his mother. The other three men were arrested in New Jersey.

The SUV was recovered in Newark.

4 Plead Not Guilty to Murder of Jewish Lawyer Dustin Friedland at N.J. Mall