Israel Fires Rockets Into Gaza After Attacks Near Sharon Funeral 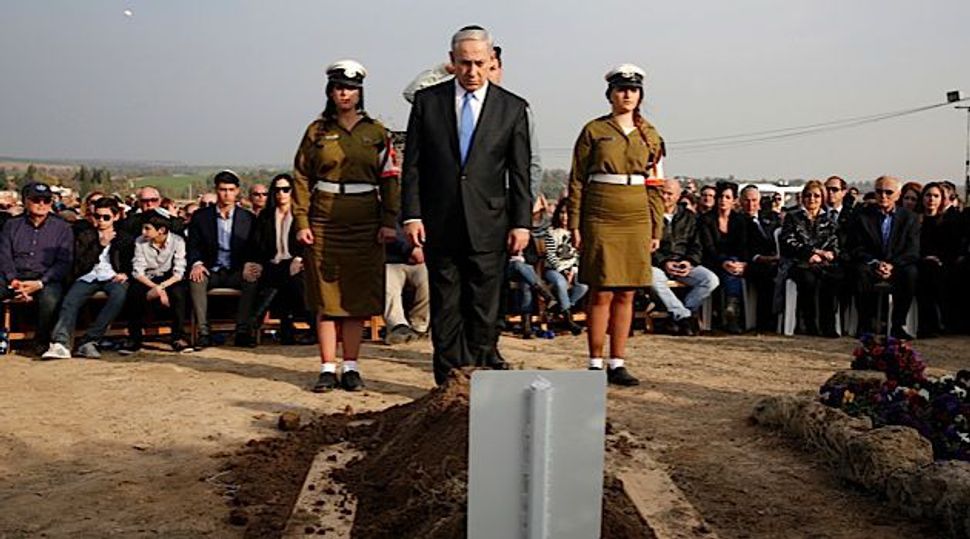 Mourning Interrupted: As mourners and dignitaries gathered at the Sharon family ranch, rocket shells from Gaza fell only miles away. Image by getty images

The IDF targeted a military compound in the al-Bureij refugee camp in central Gaza and another in the southern part of the strip. Both targets allegedly belonged to Hamas, which Israel held responsible for failing to prevent Monday’s attack.

Attendees of Sharon’s funeral — which included around 1,500 people and top world leaders — reported that they could hear the distant explosions from the two rockets, which landed in an open field about six miles away from Sharon’s ranch where the burial service was held.

The Israeli defense establishment had prepared for the possibility that militants from Gaza could try to disrupt the funeral with rocket fire, according to the Associated Press. Israeli media reported on Sunday that the Iron Dome anti-missile system was deployed near the ranch to prevent rocket fire during the funeral.

Two additional rockets misfired earlier Monday ahead of the ceremony, both reportedly landed in the sea.

Israel Fires Rockets Into Gaza After Attacks Near Sharon Funeral