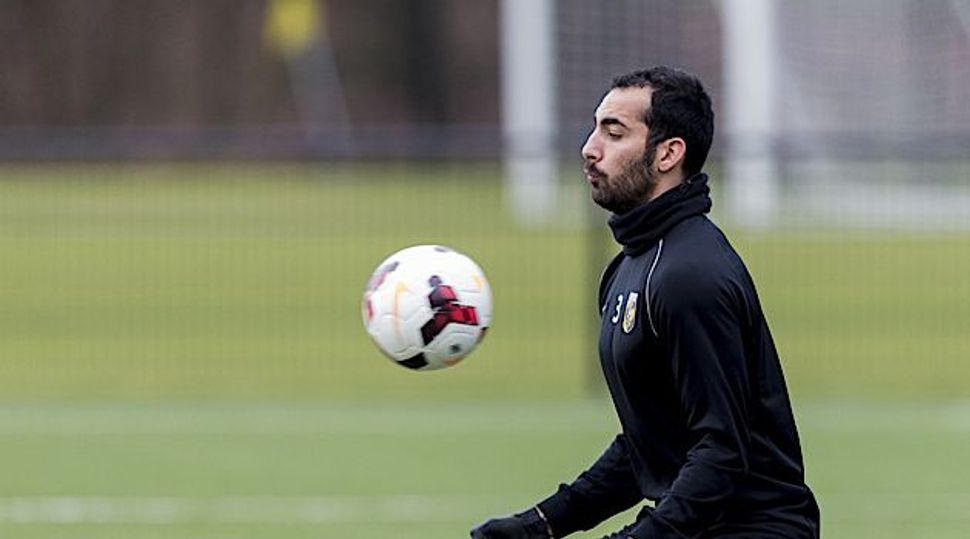 A Dutch soccer team said it was an “understandable but unfortunate” decision to leave behind its Israeli player to attend a training week in Abu Dhabi.

In a statement posted over the weekend on its website, the Arnhem-based club Vitesse also said it “offers its regrets to people who were offended in any manner or way by Dan Mori’s exclusion” on Jan. 4.

Several Dutch politicians criticized Vitesse’s decision to leave without Mori, as did the Hague-based Center for Information and Documentation on Israel.

According to Vitesse statements on Jan. 5, Abu Dhabi made it clear that Mori would not be allowed to enter the Saudi emirate because he is Israeli.

The team left without the 26-year-old defender from Tel Aviv to honor its obligations and for the good of the team, the statement read.

It added that “there were several possibilities for enabling the trip with Mori.” Due to schedule constraints, however, the possibilities were not pursued, according to the statement.

Vitesse said it will refresh its travel instructions and procedures with the help of the Dutch Foreign Ministry.

Last week, Vitesse spokeswoman Ester Bal told the NOS broadcaster that her team was upset over the emirate’s refusal to allow Mori to enter and intended to “take this matter up with FIFA,” the world soccer federation.

However, Bal told JTA that her organization had no intention of lodging a complaint with FIFA.

“No complaint. We will send a letter when we return from Abu Dhabi,” she said.