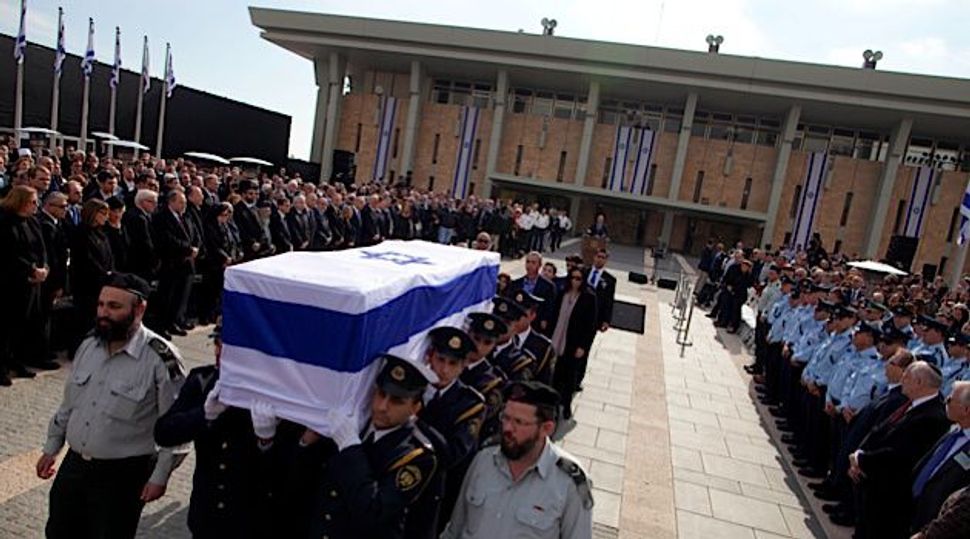 The leaders did not speak to reporters before the meeting and no statement was issued afterward. Iran and Israeli-Palestinian peace negotiations were to be the main topics of the meetings, according to reports.

Prior to the meeting with Netanyahu, Biden met with Peres at the presidential residence in Jerusalem.

“I consider you among one of the fewer than a handful of men in the world who possess not just great experience but genuine wisdom,” Biden told Peres in his greeting.

“President Obama wanted me to be here today not merely — primarily to pay our respects to a great war hero, but a man whose life seemed to, from my perspective at least, mirror the changes that occurred in Israel since its inception as a nation,” Biden said.

The vice president wondered aloud what would have happened in the peace process if Sharon had not gone into a coma eight years ago when he was prime minister, stressing that “Israel’s ultimate security rests in a genuine accommodation with the Palestinians that it is born out of secure borders that are peaceful.”

Peres thanked Biden for his remarks, saying they “contained on the one hand a historic perspective on the relations between the U.S. and Israel but also a reference to the present.”

“I believe your coming is timely, important and moving. You came not only on a sad day but during days that Israel has to take tough decisions,” Peres said referring to the Israeli-Palestinian peace process.

It was Biden’s first visit to Israel since March 2010, during which an announcement of the approval of hundreds of housing units in eastern Jerusalem led to a falling-out between Jerusalem and Washington.