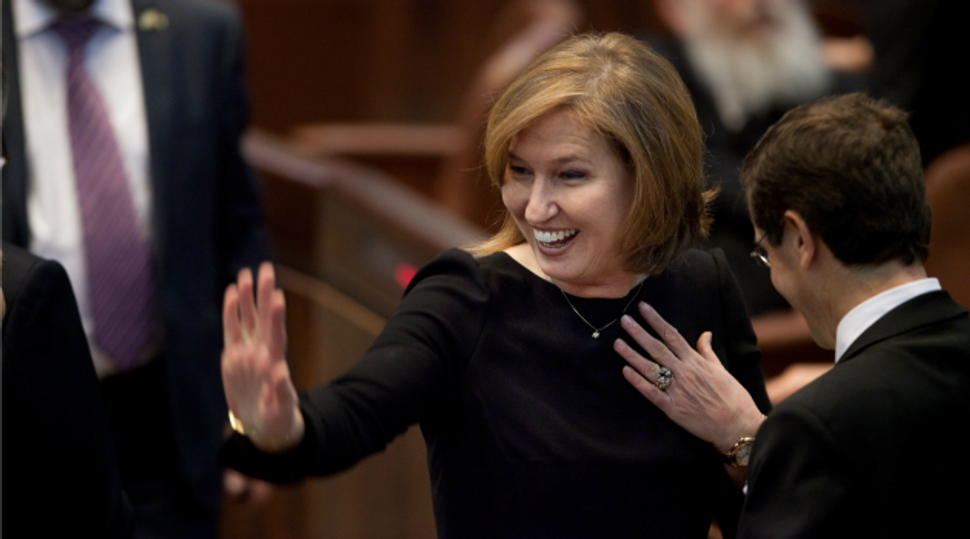 Israel’s Supreme Court has given Justice Minister Tzipi Livni one week to respond to a lawsuit by an Israeli NGO representing victims of Palestinian terror victims in a case against the Bank of China.

On Tuesday, the court put its time mandate on Livni hours after the Shurat HaDin-Israel Law Center filed a suit requesting information issued by the New York District Court under the Hague Convention on the Taking of Evidence Abroad in Civil or Commercial Matters. In November, the Israeli government filed a petition with the U.S. federal court seeking to block the testimony of former Israeli intelligence official Uzi Shaya, saying he would divulge state secrets.

Shaya, according to reports, in 2005 alerted Chinese security officials to suspicious transactions, including transfers of money to terrorist organizations such as Hamas and Islamic Jihad.

Some 22 families of victims of Palestinian suicide bombers who brought the suit accuse the Bank of China of funding terrorist organizations through U.S. accounts. They are seeking millions of dollars in damages; a guilty verdict under anti-terrorism laws also could affect the bank’s ability to continue conducting business in the United States, according to The Associated Press.

The families, through Shurat HaDin director Nitsana Darshan-Leitner, requested specific documents from the justice minister last June as well as the testimony of Shaya. No response nor documents have been forthcoming, according to Shurat HaDin.

“We have filed this suit today as we believe Minister Livni is culpable not only of failing in her duties under the Hague Convention, but of failing the Israeli victims of Palestinian terrorism in their quest for justice,” Darshan-Leitner said in a statement Tuesday.

A similar case against the bank was brought by the family of American student Daniel Wultz, who was killed in a 2006 terror attack in Tel Aviv.