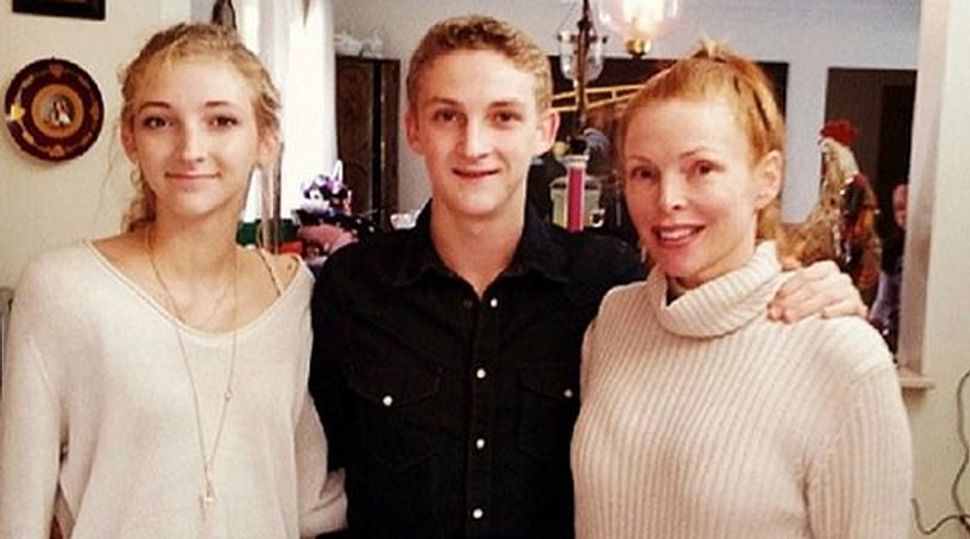 A divorced Florida mother embroiled in a bitter fight with her realtor ex-husband killed their two teenage children before turning the gun on herself in their home in an exclusive West Palm Beach neighborhood, police said.

Jennifer Berman, 48, shot and killed her 16-year-old son Alex and 15-year-old daughter Jacqueline before killing herself on Monday, the Palm Beach Post reported.

The mom’s ex-husband, Richard Berman, found the gruesome scene Monday inside the house after she sent him a message about the impending crime.

The father, a prominent realtor, told 911 that he was heading to the house after his “ex-wife said she was going to harm the kids.”

“She sent me an email that she did the best thing for our family,” Berman said in the call, the New York Daily News reported.

Richard Berman was sitting shiva for the family at a relative’s home, a local television station reported.

Following the divorce, the parents reportedly agreed to share joint custody over the children, according to The Palm Beach Post. They agreed to alternate custody during holidays and the children would spend at least two nights of Hanukkah with their father and Christmas with their mother.

Natalia Powers, a representative from the Palm Beach County School District, told the Forward that grief counselors have been present at the school throughout the week. “They will be there as long as necessary,” she said. “Our main goal is to help our students and faculty members deal with this horrible situation.”

The school has not yet held a memorial service for the students, according to Powers.

The mother was apparently distraught over financial issues following the couple’s recent divorce and had been forced to sell the home where she was living with the children.

The slain teens attended the selective Alexander W. Dreyfoos School of the Arts in West Palm Beach. Alex was an accomplished cello player while Jacqueline was a straight A student, classmates told the New York Post.