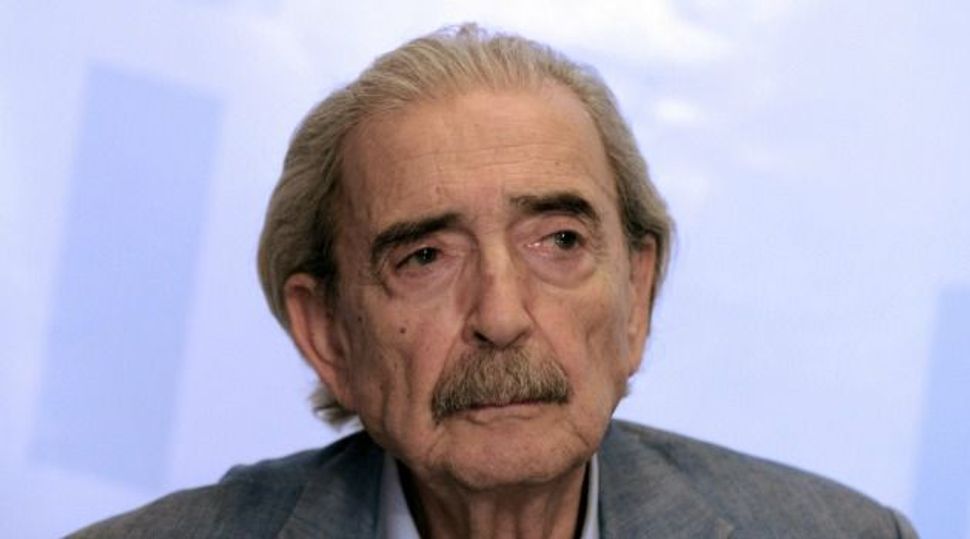 Argentinian Jewish poet Juan Gelman, a critic and activist against the country’s military governments of 1976 to 1983, has died.

Gelman died Tuesday in Mexico City where he lived in exile.

Gelman, born to a Jewish family of Ukrainian immigrants who moved to Buenos Aires to the Jewish neighborhood of Villa Crespo, was exiled to Europe at the time of the 1976 military coup, where he was forced to remain for two decades, living in various countries.

He received in 2007 the Cervantes Prize from the Government of Spain. The Cervantes is the highest award for Spanish letters.

In his youth, Gelman was a communist activist. Due to his work as journalist and his political activism, he lived in exile between 1975 and 1988. He lived in Rome, Madrid, Managua, Paris, New York and Mexico. During his absence from Argentina, the ruling military junta, in power from 1976 to 1983 sentenced him to death. Gelman’s son and daughter-in-law disappeared during the military dictatorship and were murdered.

He wrote more than 40 books. His awards includes the National Poetry Prize (Argentina, 1997), the Juan Rulfo Prize in Latin American and Caribbean Literature (Mexico, 2000), the Pablo Neruda Prize (Chile, 2005), and the Queen Sofia Prize in Ibero-American Poetry (Spain, 2005). In 2005 he was named Illustrious Citizen of Buenos Aires.

His son and his daughter-in-law were kidnapped in Buenos Aires by the military dictatorship and assassinated. Gelman, after a years-long search, was able to locate in Montevideo, Uruguay his granddaughter Macarena, born during the captivity of her mother and given by the Uruguayan military to a local couple.

He was many times considered a contender for the Nobel Prize in Literature.

In the past decade he wrote from México opinion columns in the leftist newspaper Pagina 12, usually against the Israeli government’s treatment of the Palestinians.