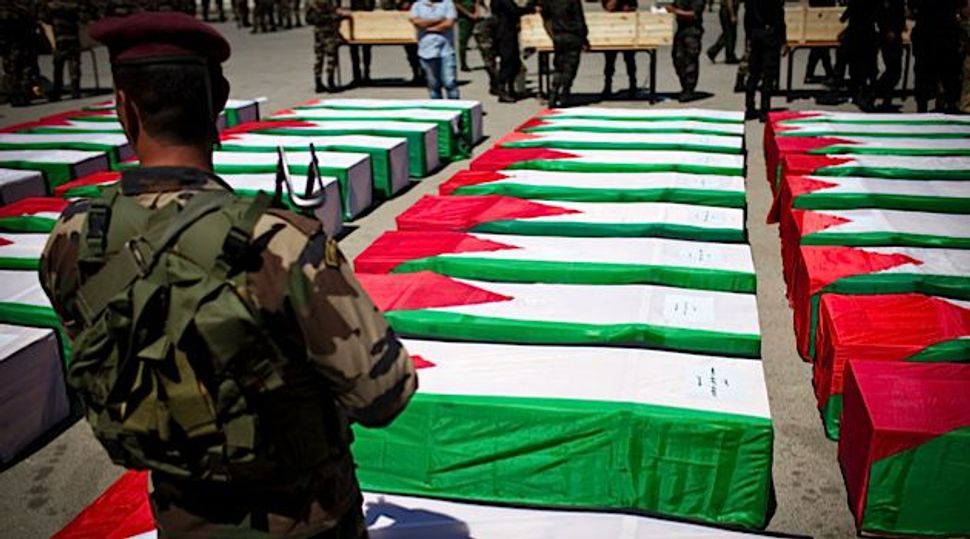 Israel has begun to exhume the remains of a number of Palestinian militants to return them to their families for burial, the army said on Sunday, a move that could help ease some tension between the adversaries.

Israel and the Western-backed Palestinian authority are currently locked in peace talks being mediated by the United States that are showing scant signs of progress.

Israel has over many years interred the bodies of militants killed in attacks on Israelis at special cemeteries. It has returned them sporadically, usually as part of amnesties or prisoner exchanges.

A Palestinian activist from a group that campaigns for the return of bodies said the remains of 36 militants would be handed over for reburial. The first was transferred to his family in the West Bank town of Jenin on Sunday, the activist said.

An army spokeswoman declined to specify the number of bodies being returned or the identities of the dead and said the move followed an Israeli court ruling.

“In accordance with a Supreme Court decision … the (military) has begun the return of bodies of terrorists to their respective families in the Palestinian Authority,” the army said in a statement.

In 2012, in a gesture aimed at helping to restart peace talks, Israel returned the remains of 91 Palestinian militants who it said had killed hundreds of Israelis over a period spanning four decades.

As part of the current talks, which got under way in July, Israel has freed 76 Palestinians from detention, many of whom were accused of killing Israelis. It is set to release another 26 in the coming weeks.