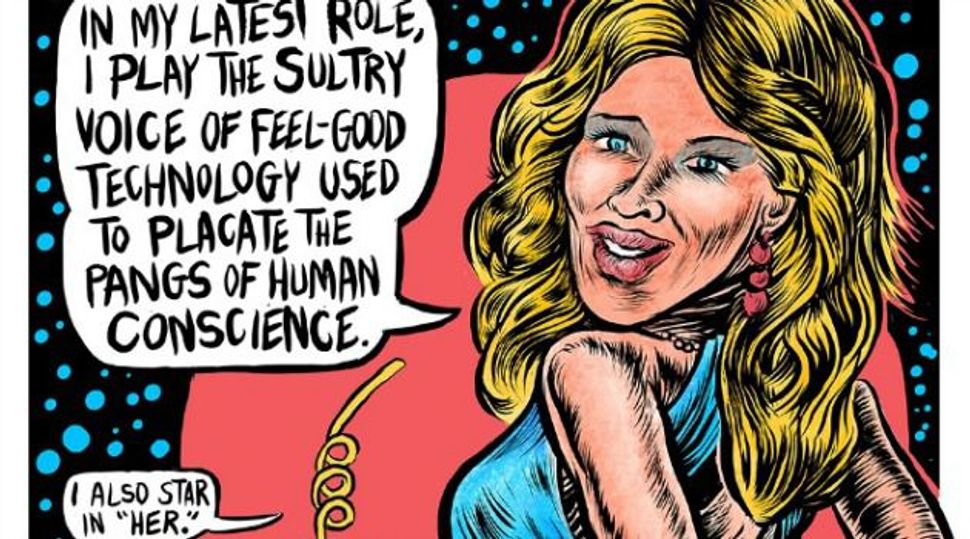 The Palestinian Boycott, Divestment and Sanctions movement’s national committee called on Oxfam to end its relationship with actress Scarlett Johansson over her role as spokesperson for SodaStream.

SodaStream, an Israeli firm that manufactures home soda makers and has a factory in the West Bank, signed Johansson to be its first global brand ambassador. She is set to appear in a television ad for the company during the Super Bowl on Feb. 2.

The company employs Israeli and Palestinian workers at its factory in the Maale Adumim settlement, located about 8 miles from Jerusalem.

Johansson, a popular Jewish-American actress, serves Oxfam as a global ambassador. She has traveled to India, Sri Lanka and Kenya on behalf of Oxfam.

“Johansson’s defense of her public relations role with occupation profiteer SodaStream undermines Oxfam’s stated opposition to economic relations with illegal Israeli settlements. Oxfam cannot credibly oppose illegal Israeli settlements in the OPT (Occupied Palestinian Territories), describing them as a root cause for poverty among Palestinians, while maintaining as an ambassador somebody who has deemed it appropriate to describe the establishment of an Israeli settlement factory on land from which Palestinians have been ethnically cleansed as a form of ‘economic cooperation,’” the BDS statement said.

Johansson defended SodaStream and her involvement with the company in a statement released over the weekend. “I remain a supporter of economic cooperation and social interaction between a democratic Israel and Palestine,” Johansson, said in a statement released Saturday. “SodaStream is a company that is not only committed to the environment but to building a bridge to peace between Israel and Palestine, supporting neighbors working alongside each other, receiving equal pay, equal benefits and equal rights.”

Oxfam responded by saying it is “now considering the implications of her new statement and what it means for Ms. Johansson’s role as an Oxfam global ambassador.”