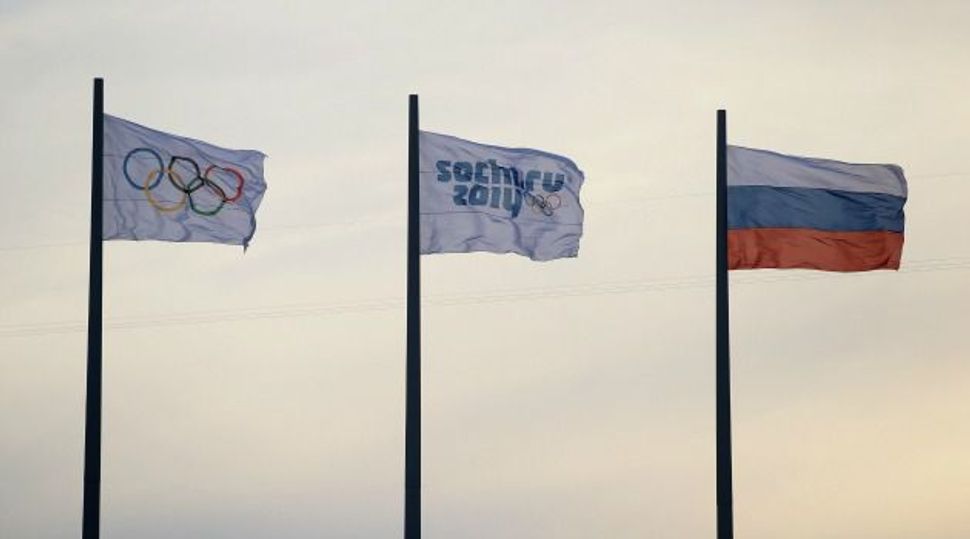 Israel will be sending five athletes to the Winter Olympics in Sochi, Russia, starting next month.

Evgeni Krasnopolski, 25, a Ukraine native who grew up in Israel, will skate in the pairs competition with Andrea Davidovich, 16, of Vermont. The pair, who train in Hackensack, N.J., finished seventh in the senior pairs competition at the European Skating Championships earlier this month in Budapest, Hungary.

Alexei Bychenko, 25, also a Ukraine native who grew up in Israel, will represent Israel in men’s figure skating. Bychenko finished 10th in the men’s singles at the European championships earlier this month in Germany.

Vladislav Bykanov, 24, also born in Ukraine, will represent Israel in the short-track speed skating competition. He finished in the top 10 in the 500, 1,000 and 1,500 meters at the European championships.

Virgile Vandeput, 19, will compete in alpine skiing in the giant slalom and special slalom. Vandeput, a former member of Belgium’s national skiing team, has represented Israel in international competitions for the past four years. His mother is Israeli.

Israeli delegations have competed at the Winter Olympics since 1994. The Sochi Games begin Feb. 7.