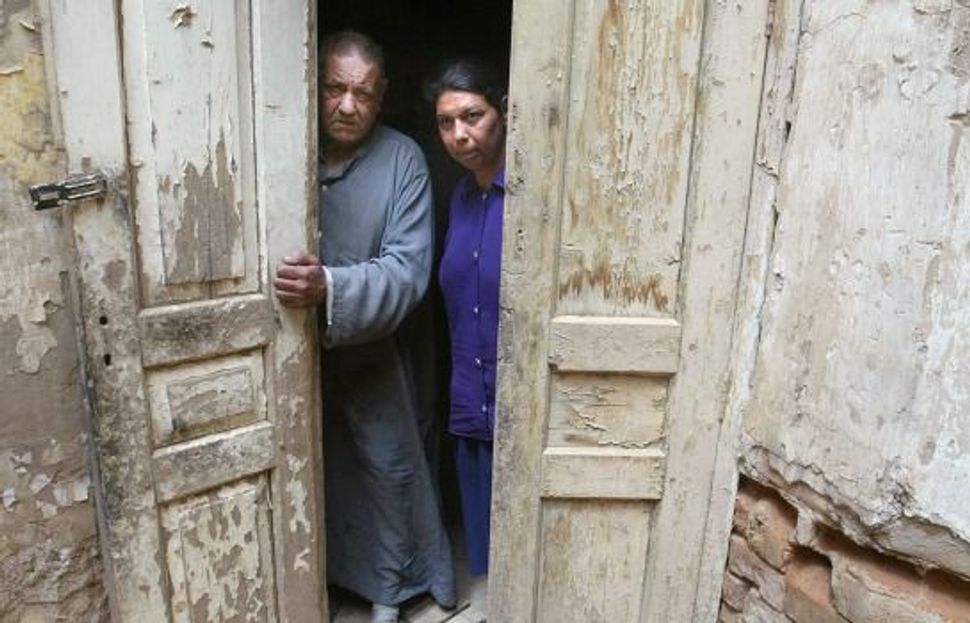 No Place Like Home: Iraqi Jews Jakob Yusef, 70, and niece Khalda Salih, 38, stand in their home in the tiny remaining Jewish community in Baghdad, Iraq. Image by Getty Images

The Union of Orthodox Jewish Congregations released a statement earlier today commending the efforts of senators Pat Toomey (R-PA) and Richard Blumenthal (D-CT), who have proposed Resolution 333 to renegotiate the return of the the archive.

The statement also recognizes eight other senators who are supporting and co-sponsoring the resolution.

The collection of tens of thousands of documents and about 2,700 books were reportedly rescued from the flooded basement of Iraq’s intelligence building in 2003, at the outset of the War in Iraq, and were subsequently sent to Washington D.C. for restoration.

The U.S. and Iraqi governments have worked out a deal to have the archives, currently on display at the Smithsonian Institute, returned to Iraq in June 2014.

“While the Hussein regime is no longer in power, these restored works documenting the Iraqi Jewish community rightfully belong to that community now living in the diaspora around the world, not the oppressive country from which they fled,” Nathan Diament, Executive Director for Public Policy for the Orthodox Union said in the statement.

Until 1948, about 150,000 Jews lived in Iraq. By the time United States and coalition forces arrived in Baghdad in 2003, that number had dwindled to about 60 people.