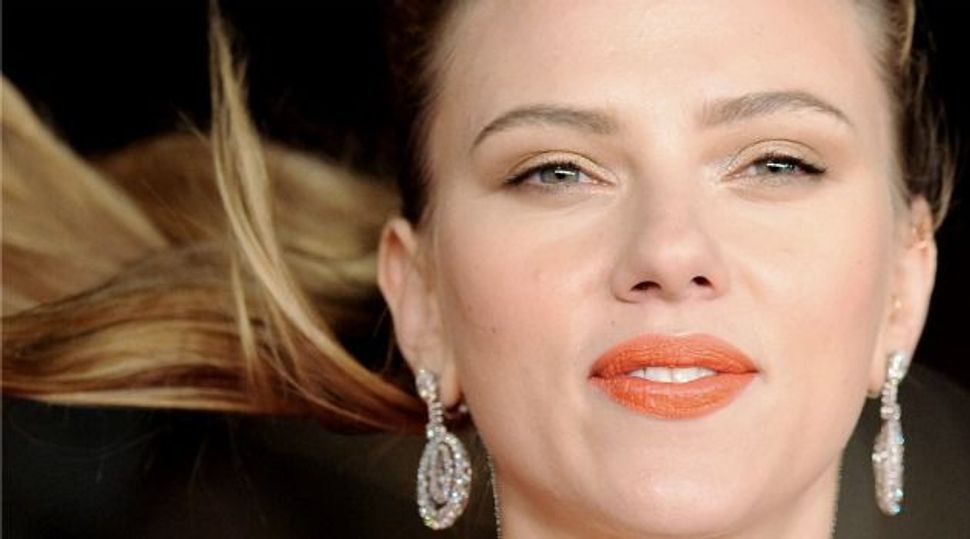 Actress Scarlett Johansson has ended her relationship with Oxfam, saying she and the humanitarian organization have “a fundamental difference of opinion in regards to the boycott, divestment and sanctions movement.”

The announcement Wednesday evening comes after a protracted debate over her role as spokesperson for SodaStream, which operates a factory in the West Bank.

Johansson has served as a global ambassador for Oxfam for eight years. During that time she traveled to India, Sri Lanka and Kenya on behalf of Oxfam to highlight the problem of global poverty.

“She is very proud of her accomplishments and fundraising efforts during her tenure with Oxfam,” the statement released by her spokesman, and first reported by the Associated Press, said.

SodaStream, an Israeli firm that manufactures home soda makers and has a factory in the Maale Adumim settlement located about 8 miles from Jerusalem, signed Johansson to be its first global brand ambassador. She is set to appear in a television ad for the company during the Super Bowl on Feb. 2. The company employs Israeli and Palestinian workers at its West Bank factory

Pro-Palestinian groups had called on Oxfam to sever its ties with the actress. On Tuesday, representatives of Jewish Voice for Peace, the Boston Coalition for Palestinian Rights, American Jews for a Just Peace, and First Church in Cambridge Israel/Palestine Task Team met at Oxfam America’s Boston headquarters and urged the humanitarian organization to drop Johansson over her defense of SodaStream’s presence in the West Bank.

Johansson defended SodaStream and her involvement with the company in a statement released Jan. 24 on The Huffington Post.

“I remain a supporter of economic cooperation and social interaction between a democratic Israel and Palestine,” Johansson wrote. “SodaStream is a company that is not only committed to the environment but to building a bridge to peace between Israel and Palestine, supporting neighbors working alongside each other, receiving equal pay, equal benefits and equal rights.”

Oxfam had initially responded to news of Johansson’s SodaStream role by noting its opposition to all trade with Israeli settlements. Oxfam later said it was “considering the implications” of her statement and how it affected her position with Oxfam.

There is a different consensus among international rights groups like Oxfam, however, which discourages trade only with Israeli firms located on land in the occupied West Bank.

“The very existence of (Israeli settlements) amounts to a serious violation of international law,” the New York-based Human Rights Watch said in a statement on Wednesday.

“It is impossible to ignore the Israeli system of unlawful discrimination, land confiscation, natural resource theft, and forced displacement of Palestinians in the occupied West Bank, where SodaStream is located,” the rights group added.