Abraham Foxman To Step Down as Anti-Defamation League Chief 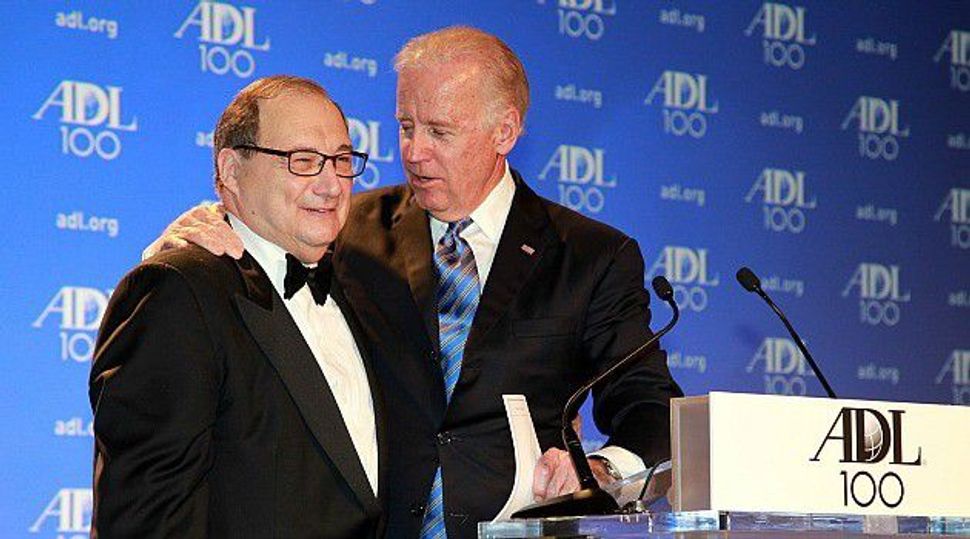 Abraham H. Foxman announced he will step down from his position as national director of the Anti-Defamation League on July 20, 2015, ending a 50-year career in Jewish communal service.

“ADL offered me the perfect vehicle to live a life of purpose both in standing up on behalf of the Jewish people to ensure that what happened during World War II would never happen again and in fighting bigotry and all forms of oppression,” Foxman said in a statement. “My years at ADL, particularly the 27 spent as National Director, could not have been more rewarding.”

Foxman, a Holocaust survivor who was hidden as a child during the war, began his career with the ADL in 1965 after graduating from the City College of the City University of New York and New York University School of Law. He rose through the ranks and, in 1987, was tapped as national director.

During his tenure, the ADL continued to grow as the premier organization fighting anti-Semitism bigotry and discrimination with 30 regional offices across the United States and an office in Israel. It celebrated its centennial year in 2013.

Foxman has a leading voice confronting the forces of anti-Semitism and intolerance of all types. He has become a familiar face worldwide for his embrace of global leaders who see eye-to-eye with the ADL’s mission of standing up to intolerance.

“Abe Foxman is a unique leader in American Jewish life. No one brings the combination of passion, experience, insight and courage to the Jewish community like Abe,” Barry Curtiss-Lusher, ADL national chair, said.

Foxman announced his retirement at the ADL’s annual National Executive Committee meeting in Palm Beach, Fla. The organization said its search for Foxman’s successor will be conducted by the executive search firm BoardWalk Consulting and will be guided by ADL leadership.

In 2011, the last year for which data is available, the ADL reported nearly $54 million in revenue. The organization monitors anti-Semitic activity, offers discrimination-sensitivity training and runs anti-bigotry programs.

But it is Foxman’s personage for which the ADL may best be known. Seen as a spokesman for the Jewish people, Foxman has used his position as a bully pulpit to advocate for Israel, warn against discrimination and, perhaps most often, issue declamations of what does or does not constitute anti-Semitism.

Whether they be condemnations of foreign leaders or pardons of celebrities who have made ill-considered utterances, Foxman’s has been the authoritative voice on what is or is not acceptable to Jews.

Abraham Foxman To Step Down as Anti-Defamation League Chief