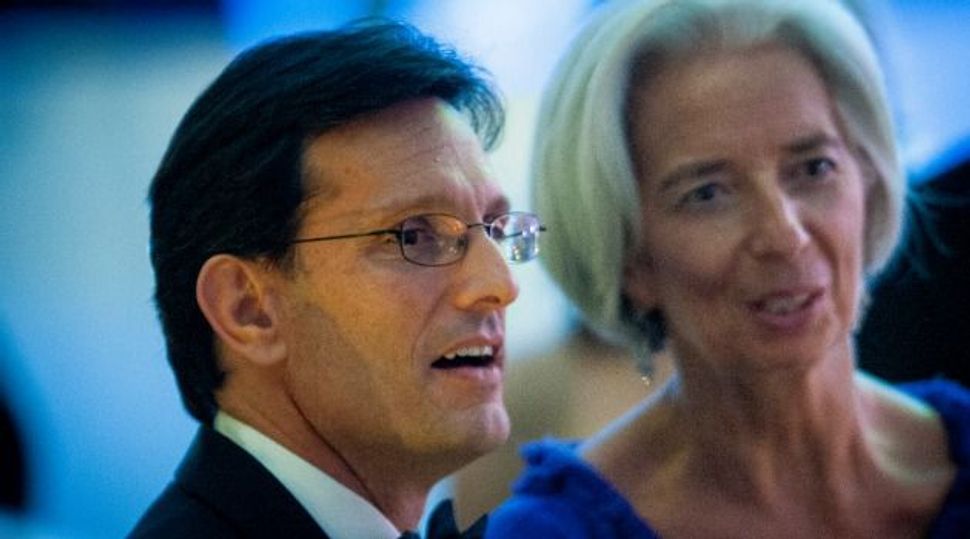 Rep. Eric Cantor, the House majority leader, cited the lateness of American actions against the Nazis in critiquing President Obama’s foreign policy on Iran and elsewhere.

In a speech Monday to the Virginia Military Institute, Cantor (R-Va.), who is Jewish, described leading a congressional delegation recently to Auschwitz to mark the 69th anniversary of the Nazi death camp’s liberation.

“Standing there as the frigid wind swept through the eerily quiet ruins of the camp, I could not help but regret that American action in World War II came too late to save countless millions of innocent lives,” he said.

“Hitler’s rise and conquest of Europe did not come as a surprise. We must not repeat the same mistake by reducing our preparedness, accepting the notion that we are one of many or ceding global leadership to others.”

Cantor said that “evil and hateful ideologies still exist in the world,” citing as perhaps the most evident Iran’s “determined march” to produce nuclear weapons.

“I can imagine few more destabilizing moments in world history than Iran on the threshold of being a nuclear power,” he said.

Cantor called on the United States to prepare for additional sanctions to counter what he said was the erosion of Iran’s isolation through its participation in international talks aimed at keeping it from obtaining a nuclear weapon.

“An America that leads is an America that must work to restore the badly eroded international pressure on Tehran,” he said. “We should lay the groundwork now for additional sanctions in the event Iran violates the terms of the interim agreement.”

The Obama administration has said that the removal of a number of sanctions ahead of the talks has not diminished a tough sanctions regime. It has opposed new sanctions while talks are underway, saying that unilateral U.S. sanctions could fracture the international alliance that has nudged Iran to the talks.