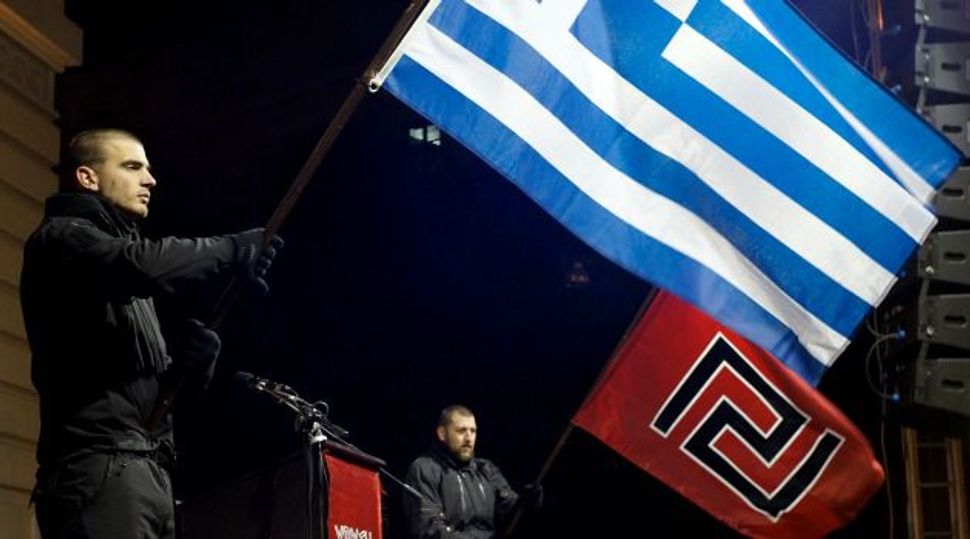 If parliament grants Thursday’s request, all 18 of the party’s lawmakers in the 300-member parliament will face charges, part of Greece’s widespread crackdown on a party that prosecutors describe as a criminal organization.

Among the nine lawmakers who already have lost immunity is party leader Nikolaos Michaloliakos, who has been jailed since October.

Prosecutors also told parliament they intended to file additional charges against the original nine, including for possession of firearms and ammunition.

The crackdown on Golden Dawn followed widespread outrage and protests in Greece in the wake of the Sept. 18 killing of anti-fascist rapper Killah P by a suspected Golden Dawn member.

The request filed by prosecutors described Golden Dawn “a vertically structured organization that operates along military lines and which is inspired by the ideals of national socialism with clear references to [Adolf] Hitler and Nazism,” according to the Kathimerini daily.

Golden Dawn has been accused of being behind dozens of attacks on immigrants in Greece.

The party is known for its Nazi swastika-like flag and Holocaust-denying leadership.