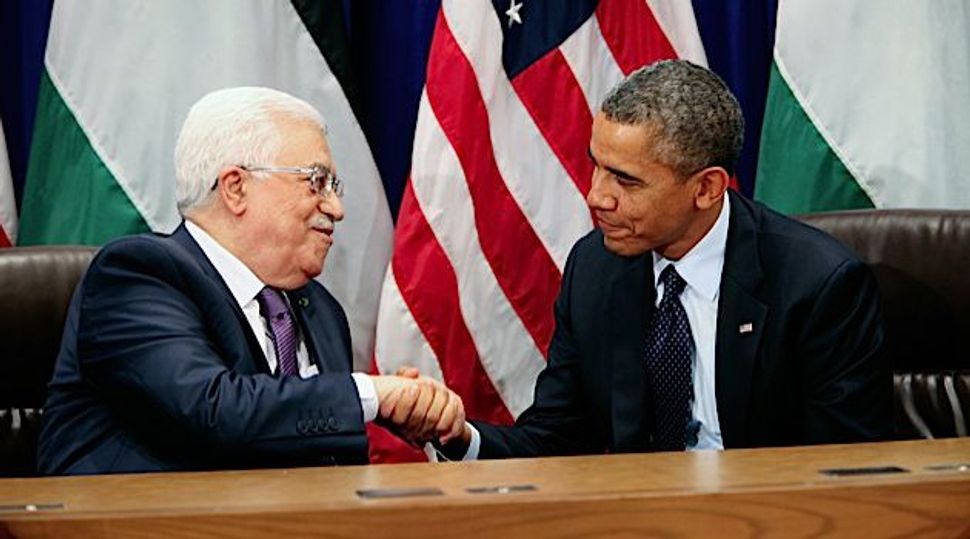 Palestinian Authority President Mahmoud Abbas could be invited for a visit to the White House in the near future, the P.A.’s chief negotiator reportedly told a local radio station.

Saeb Erekat told the Voice of Palestine radio, however, that a date has not been set for an Abbas visit, Israel Radio reported. Erekat was interviewed from Moscow, where he discussed the current U.S.-brokered Israeli-Palestinian peace negotiations with Russian Foreign Minister Sergey Lavrov.

According to Israel Radio, he told the Voice of Palestine that American negotiators were still presenting ideas to both sides and that it was too soon to decide whether the talks are a success or a failure.

President Obama will meet Benjamin Netanyahu at the White House on March 3 with the Israeli prime minister in Washington that week to address the American Israel Public Affairs Committee annual policy conference. The leaders are expected to discuss the peace negotiations and Iran.